Unlike a Time Series chart, a Timeline chart allows you to see the active States of an object or a property during simulation or the Activities simulated in an object. The Timeline plot allows you to see the animation of all active States while a model simulation is running, as well as which objects are active in each State or when a State starts and ends.

Similar to the Time series chart, the Timeline chart also shows the x-axis and y-axis. The x-axis represents time while the y-axis represents object State names in different values. The Timeline chart identifies the changes in the object states and plots them along a timeline. The States are grouped by region. Cameo Simulation Toolkit records changes in the active States and allows you to export them to a CSV or TSV file. You can then import the CSV file into an Excel file to analyze the exported Timeline chart, such as calculating the simulation duration, what object is in a particular State, and how long it was busy or idle.

We use the sample project FlashingLight.mdzip throughout this section to demonstrate how to use the Timeline chart in your model.

Properties of the Timeline chart

The Cameo Simulation Toolkit's Timeline chart can also serve as a predefined subtype of a UI Config. You can use it as a UI mockup of the SimulationConfig element just like an ImageSwitcher. The Specification window of the Timeline chart will be as follows: 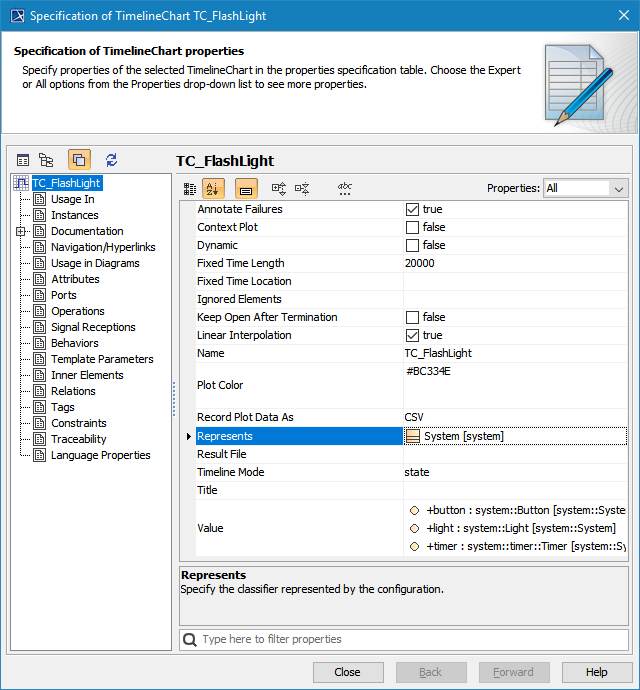 The properties of Timeline chart in the Specification window.

You can change the Timeline chart's display by modifying its properties, as shown in the following table.

To display a Timeline chart 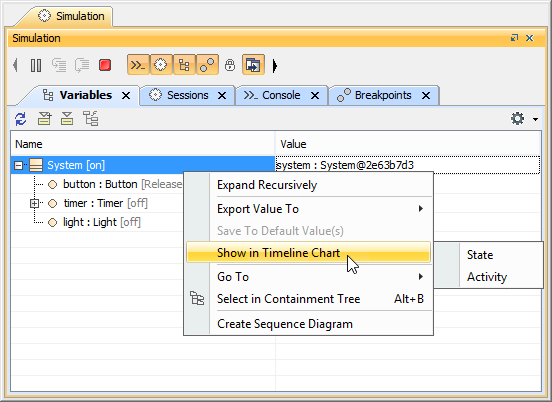 To use a Timeline chart 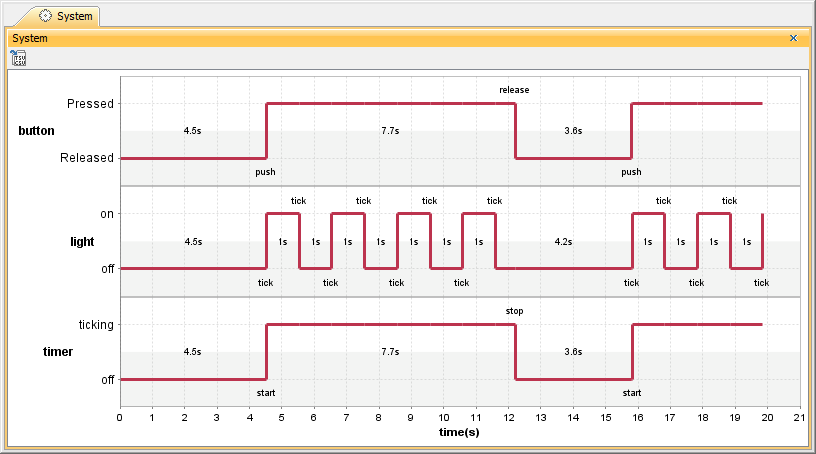 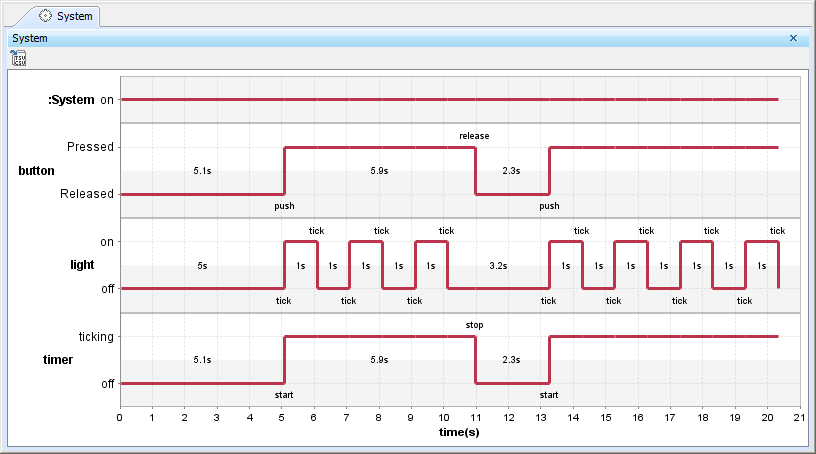 10. Optionally, you can specify in the Ignored Elements property what State will be ignored and not be recorded in the Timeline chart if the user does not want to see them. The following figure shows the Timeline chart output when the Ignored Elements property is set to ignore the ticking State and the off State of timer, and the on State of system

The Ignored Elements property set to ignore the ticking State and the off State of timer, and the on State of system.

A Timeline chart shows only States and Actions which are actually used, e.g., Actions with duration constraints and signaled States. The used elements will be displayed in the chart and sorted in time order.

Showing the duration of empty/dummy Actions as duration constraints

To show the duration of empty/dummy Actions as duration constraints 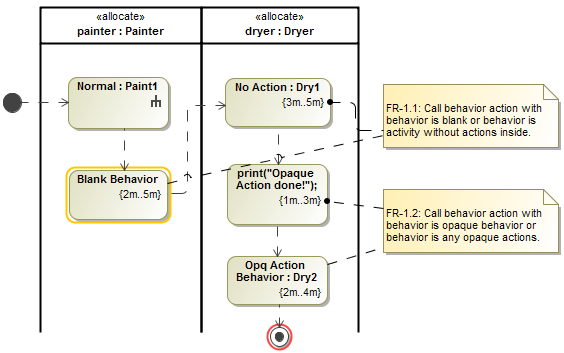 The Timeline Chart shows the Action names on the left-hand side and the duration simulation performed on the Actions (not the Activities) on the right-hand side. The same thing applies to an Action that has Behaviors assigned, but it is empty and has no diagram. The following figure shows the Timeline chart of the empty/dummy actions from the above example. 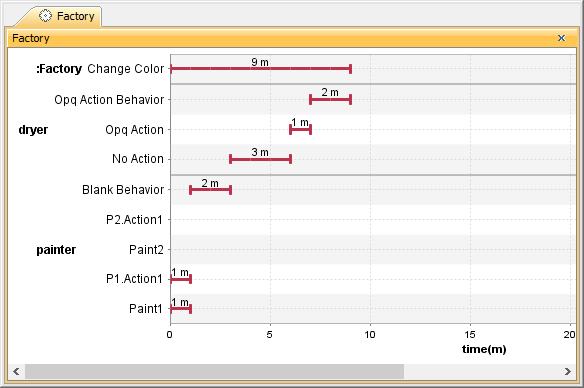 The Timeline chart of the empty/dummy actions.

To export a Timeline chart 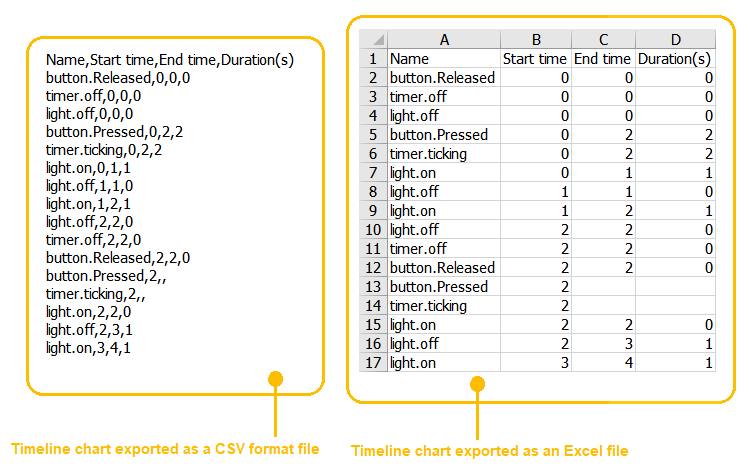 The models used in the figures on this page are the FlashingLight and OntologicalBehaviorModeling sample models that come with your modeling tool.

To open the sample, do either of the following