Cameo Simulation Toolkit is capable of initializing both context and runtime objects automatically even if a simulation context does not exist and no object is configured to initiate the runtime objects.

When executing a behavior, Cameo Simulation Toolkit allows you to simulate its context as well.

How to simulate a behavior with its context 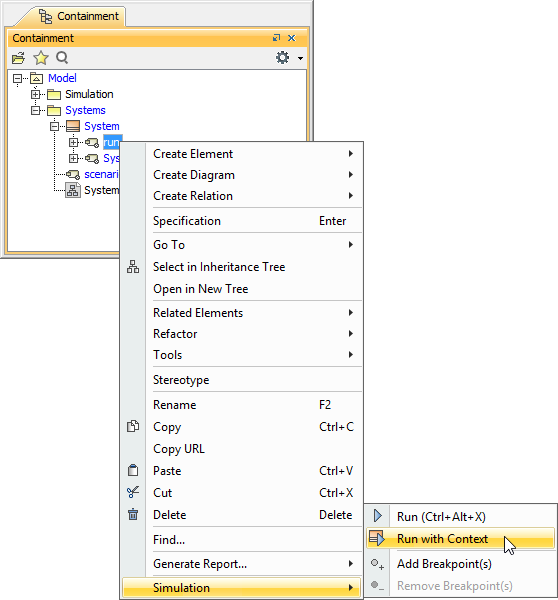 Figure 1: Executing a Behavior with Its Context

How to simulate a behavior without its context 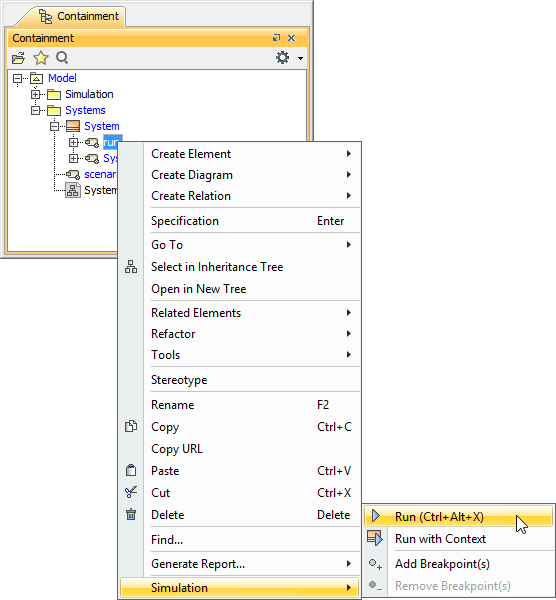 Figure 2: Executing a Behavior without Its Context

If a selected behavior has no context, the Run with Context menu will be disabled (see the following figure). 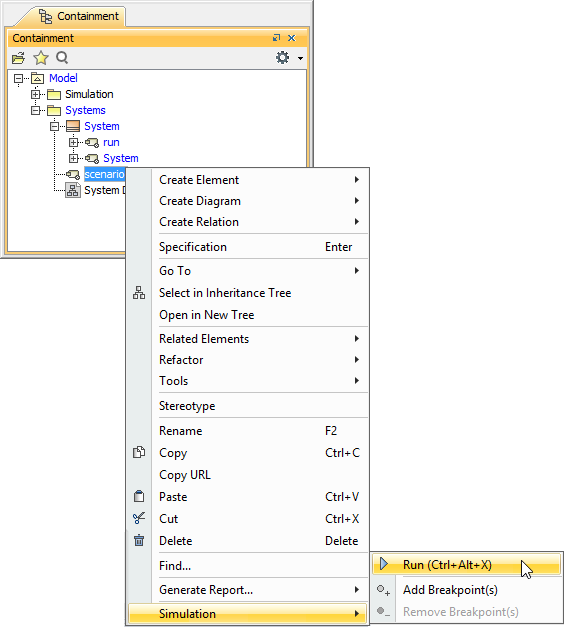 When you use an InstanceSpecification to initialize a run-time object, you will also need to use the corresponding slot values of such InstanceSpecification to initialize the feature values of the run-time object. Cameo Simulation Toolkit will use the default value of the corresponding feature (property) of each slot if the slot value is empty.

The value of each feature (property) will be automatically initialized only if its Lower-value Multiplicity is more than zero or is undefined. Otherwise (the feature's Lower-value Multiplicity is zero), the feature value will be empty (nothing is initialized). However, characteristic of the initialization depends on the type of the feature. The following sections explain the types of feature that can influence initialization characteristics.

The default value of a structural feature, which is typed by a primitive datatype, is its initialized value.This default initialization value, which can be set from Options > Environment >Simulation as shown in following figure. When true and value property has no default value, the value will be initialized to 0 value.
Default is false.

The data types which are affected by this option are listed in the table below.

This initialization value applies to numerical data types only. For other types, see the table below.

If the type of a structural feature is not a datatype:

For a structural feature typed by a user-defined datatype: