All Object, Boundary, Entity, Control elements in EA are InstanceSpecifications. After conversion, their UML element types will remain, and a Lifeline and an OwnedAttribute element will be created to represent each of them in the Communication diagram in which they occur. 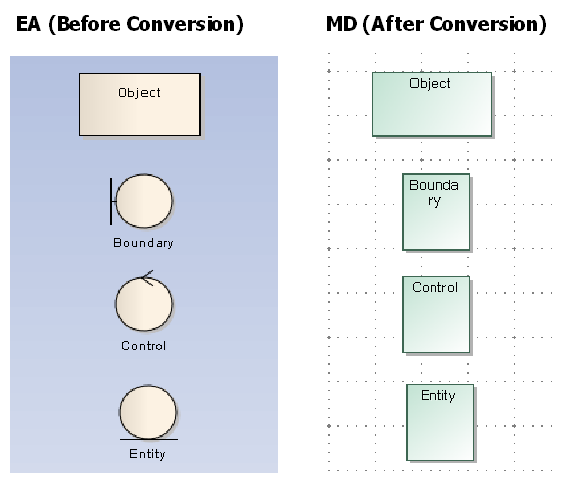 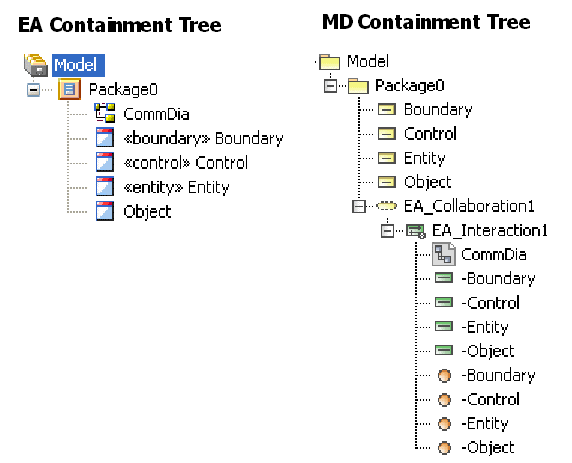 Other elements that can be drawn in a Communication diagram will be handled in a similar manner.

Some of the elements that can be drawn in a Communication diagram using EA are not supported by MagicDraw. Consequently, their displaying parts will not be imported. These elements include Package, Activity, Action, DiagramFrame, State, Interaction, ExceptionHandler, CentralBufferNode, InterruptibleActivityRegion, MergeNode, Trigger, ExpansionRegion, and InteractionFragment. 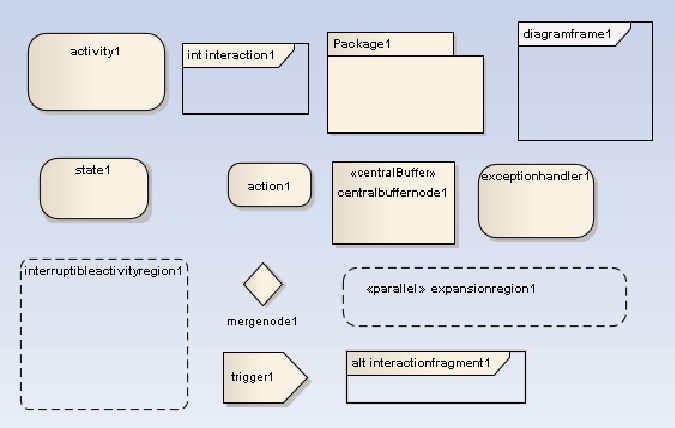 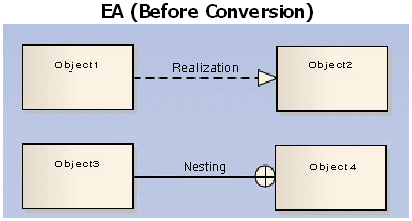 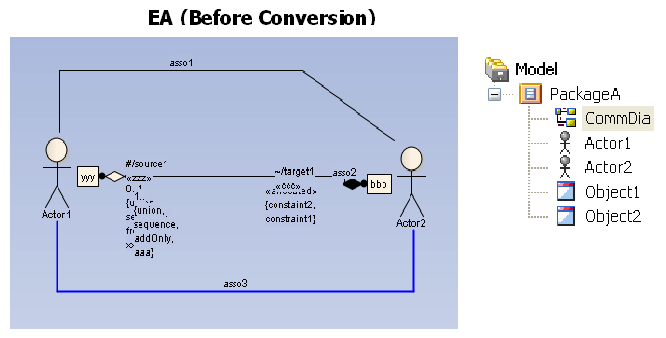 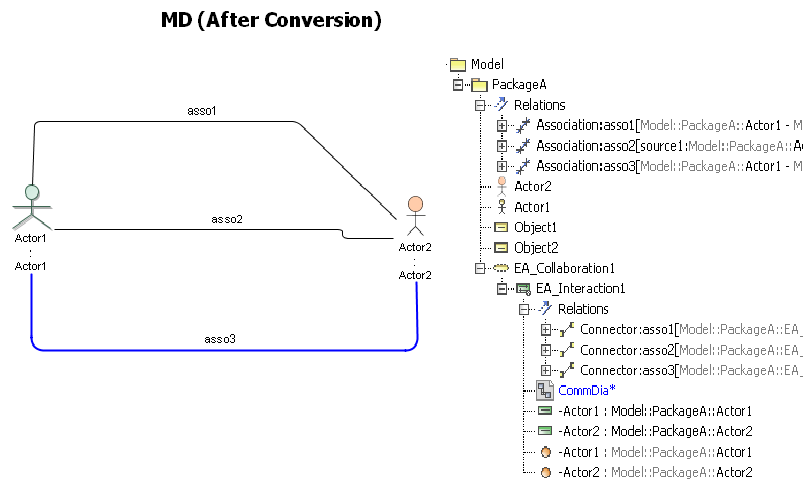 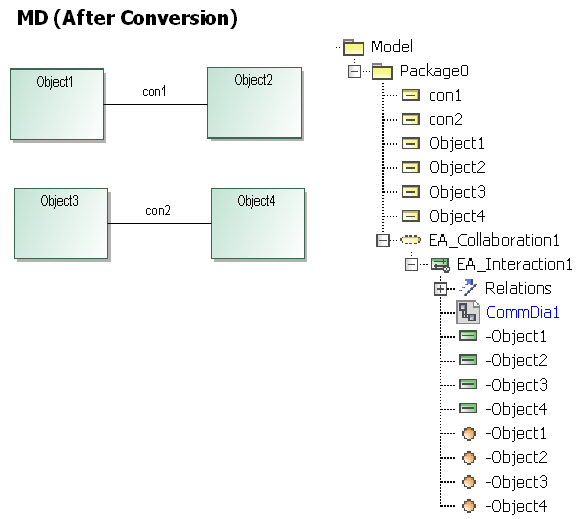 Messages can be created on Connectors and will be imported to MagicDraw. 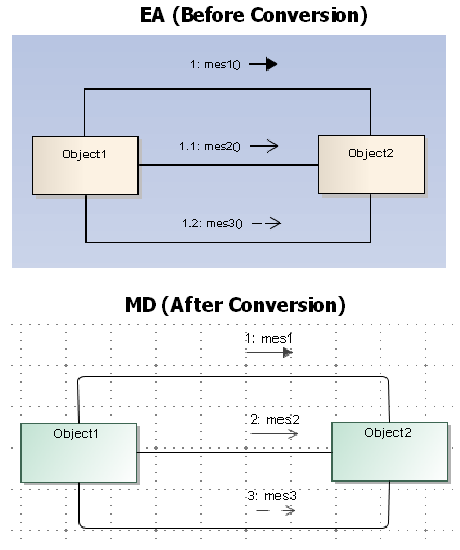 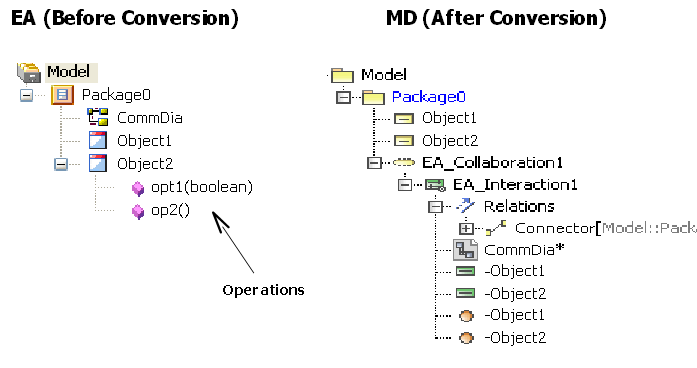