In addition, the Collaborator web application introduces the export of comments to the PDF/HTML format, which allows you to archive discussions among team members that resulted in specific changes in the model, a resizable navigation pane in Collaborator documents, and other improvements.

The 2022x Refresh1 version of Magic Collaboration Studio introduces the ability to set up custom announcements to be shown to users. These announcements can be displayed as notifications when users log into the server or open specified resources both through the modeling tool and web applications. With this feature in place, you can quickly and easily announce early server upgrades, project deadlines, or any other organization-specific information within the tool. 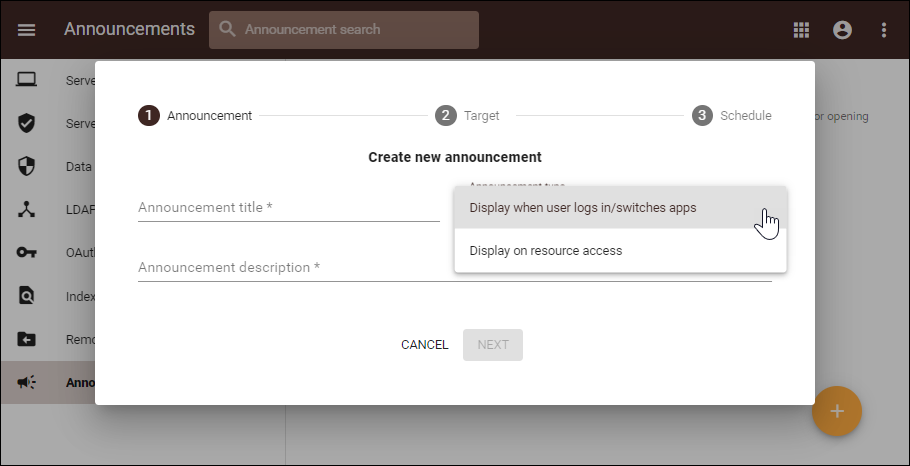 With the initial Data Markings release, we introduced a way of marking Magic Collaboration Studio users, user groups, resources, and categories with end-user predefined security levels. To allow for an even more granular and flexible access control, the new version of Magic Collaboration Studio allows you to define hierarchical, non-hierarchical (flat) classifiers or a combination of both. This also means that from now on you can assign multiple data markings to a resource, category, user, or group. 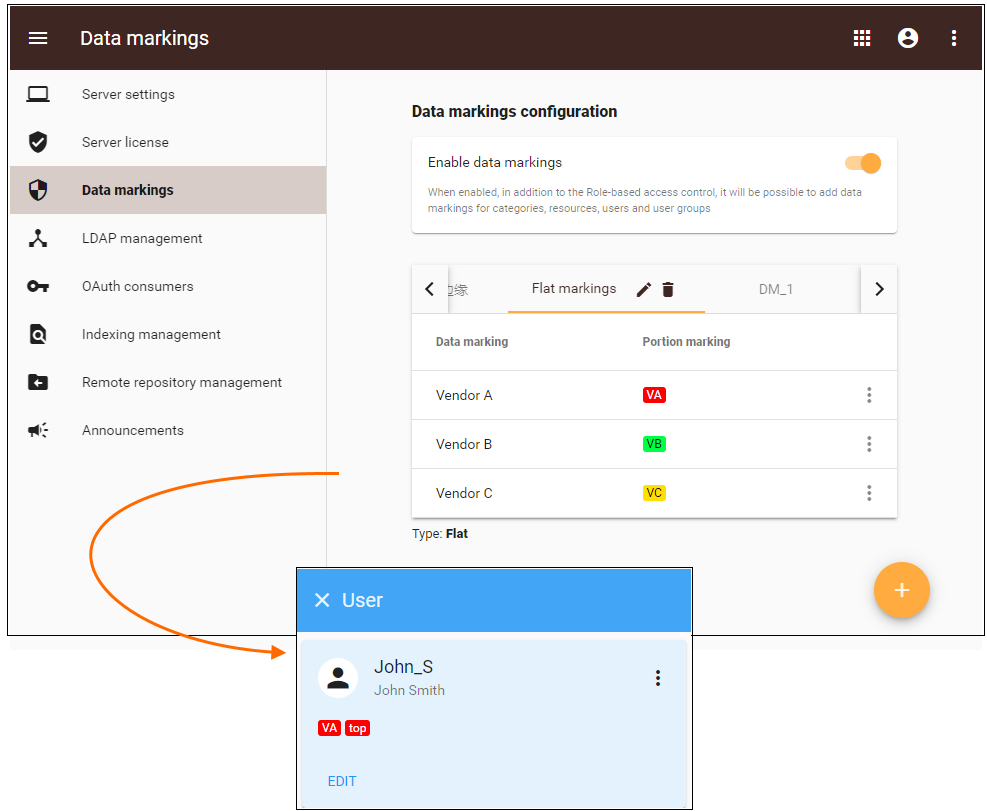 Setting a flat data markings group and viewing a user with both hierarchical and flat markings.

It has come to our attention that most LDAP servers across our customer base are configured to act as case-insensitive by default. Therefore, from now on the authentication process against external users coming from LDAP servers is case insensitive as well. This eliminates the need to remember the exact case of your username as set in the organization’s LDAP server.

Previously, it was possible to create internal user accounts without any restrictions on their passwords, which might have led to potential security issues. Beginning with the 2022x Refresh1 version, administrators can set the rules for internal user password complexity. These rules apply to existing passwords, as well: users are forced to change their password if new complexity rules get rolled out.

From day one, Magic Collaboration Studio offers services and APIs to access and use repository data. With the 2022x Refresh1 release we are stepping forward and introducing a technology preview of the so-called ”inverse API“ – webhooks. With webhooks support, you can get notifications pushed to a specified endpoint on predefined events in Magic Collaboration Studio instead of constantly polling for new data through REST APIs. The initial webhooks release allows you to listen to commit-type events in chosen resources, with more exciting capabilities coming soon!

The Collaborator web application introduces a new feature allowing you to export comments to the PDF/HTML format. This way you can archive the discussions among team members that resulted in specific changes made in the model and thus trace the reasoning behind these changes. The exported files include not only all comments and replies created in the document but also the document and project information and comments statistics. 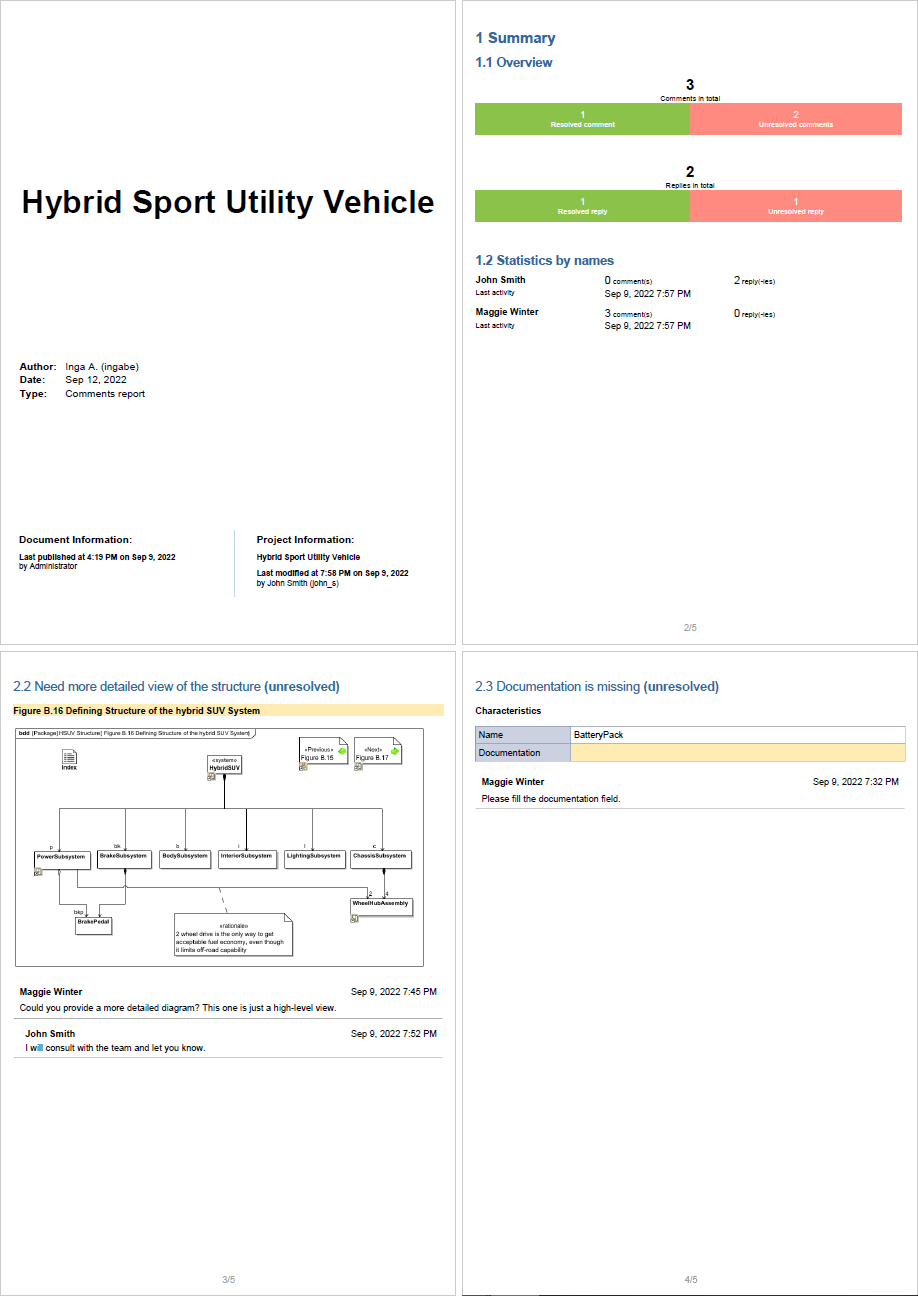 The navigation pane in Collaborator documents is now resizable, so you'll be able to adjust the document portal according to your needs. 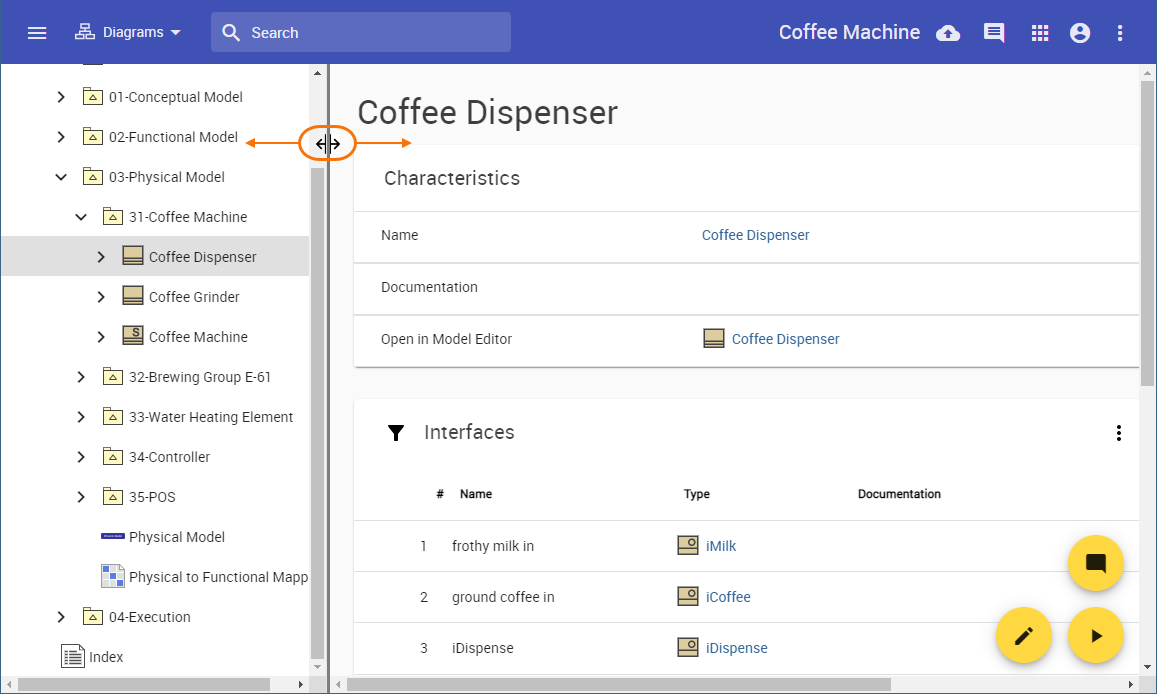 Resizing the navigation pane in a Collaborator document.