In this release, No Magic introduces logging on to a Teamwork Cloud server using a Single Sign On authentication service, some enhancements in diagram legends, and several critical bug fixes. Download it today at nomagic.com, or contact your sales representative, and don't forget to give us your feedback on Twitter or Facebook. Also, please check the latest documentation and additional resources.

Please note: MagicDraw 18.5 SP1 is ONLY compatible with Teamwork Cloud 18.5 SP1. Make sure you are upgrading both the modeling tool and server.

With this release, the Single Sign-On (SSO) feature is presented to log on to a Teamwork Cloud server. Learn more about SSO >> 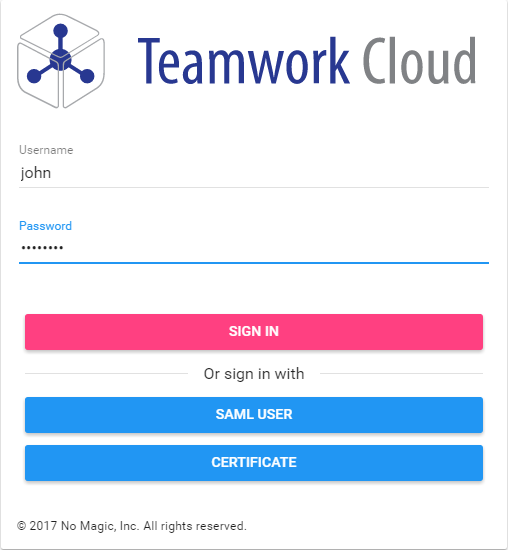 Logging to the Teamwork Cloud page with SSO.

You can now edit compartments of multiple symbols at once. Select any number of symbols and from the shortcut menu, click the Edit Compartments command.

Learn more about displaying or hiding elements in compartments on shapes >>

Over 100 issues have been fixed to enhance collaborative working. The main highlights are as follows: