In the 2022x Refresh1 release, the import of the ArchiMate model from the open exchange file into the UAF 1.2 project and the element mapping are now completed. Moreover, the UAF Template for Cameo Collaborator was adapted for UAF 1.2. Finally, new parametric diagrams, notification improvements, and more reception property creation options were implemented.

As for SysML features, this new version introduces several improvements to Item Flow management. These include an option to select which diagrams containing elements that realize Item Flows to update, so they show the newly created flows. Also, a quick way to show/hide flowing items in a diagram, see the element type representation in the Item Flow Direction selection in the Create/Edit Item Flow wizard and auto-removal of not realized Item Flows. In addition, you can now perform the Requirements verification analysis in the Instance table.

The client-side performance improvements include the Evaluate Operation Performance functionality that will help determine the reasons behind degraded tool performance caused by the execution of expressions. Additionally, the 2022x Refresh1 version provides a separate installation file for ARM architecture-based macOS (i.e., Apple M1) that allows the modeling tool to run up to 2-3 times faster than with the x86 build.

Additionally, collaborative modeling is now improved with an ability to show custom centralized announcements in the modeling tool informing users on planned server-wide or project-specific events.

Last but not least, the 2022x Refresh1 release introduces the initial Power'by solution – an alternative collaborative modeling environment that is native to the 3DEXPERIENCE platform and provides an additional set of platform-specific capabilities such as advanced configuration management, traceability across disciplines, and others.

The import of the ArchiMate model from the open exchange file into the UAF 1.2 project and the element mapping are now completed. The mapping of ArchiMate 3.1 to UAF 1.2 approach is based on the NATO Architecture Framework. 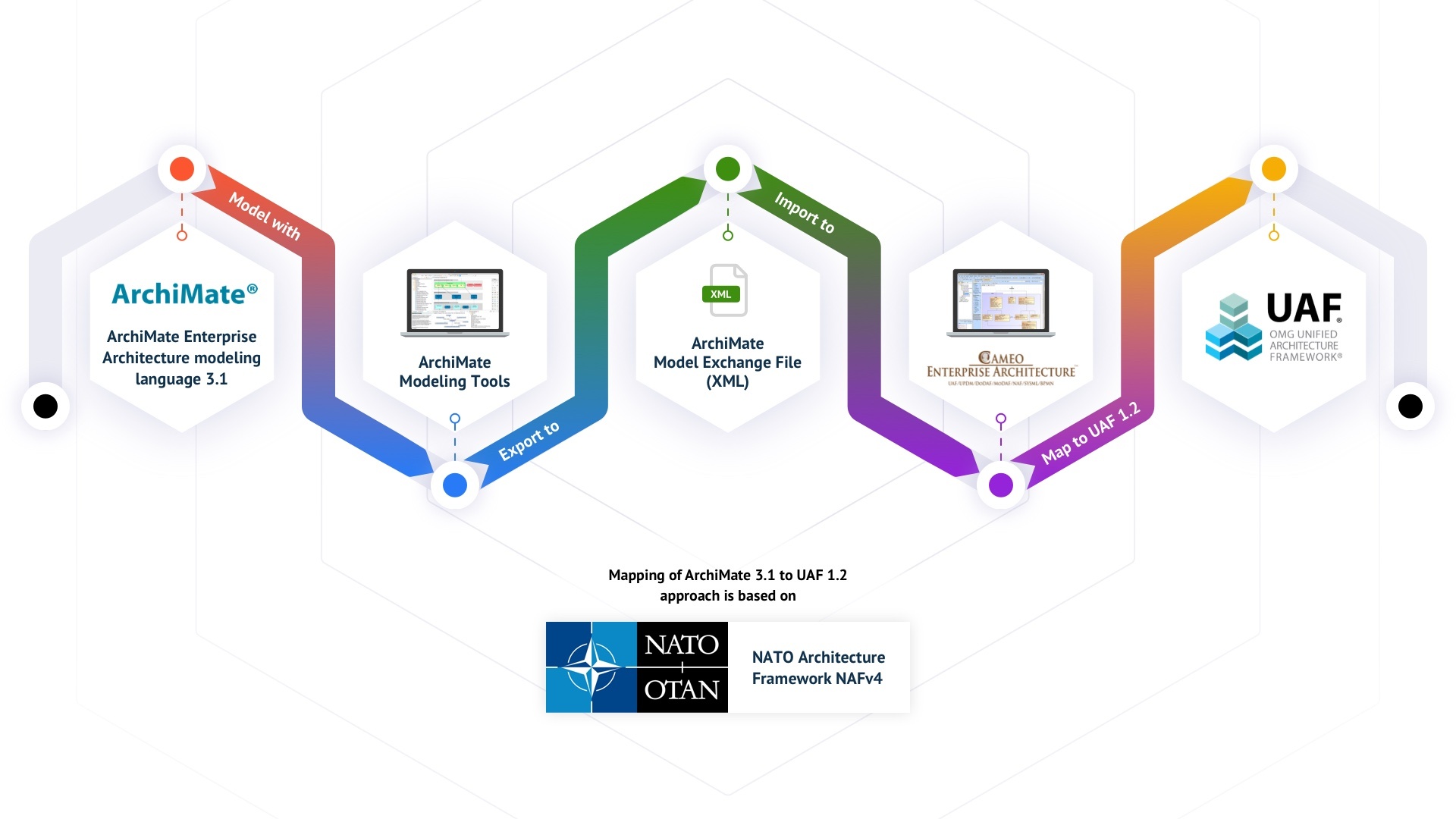 In this version, the UAF Template for Cameo Collaborator was adapted for UAF 1.2. 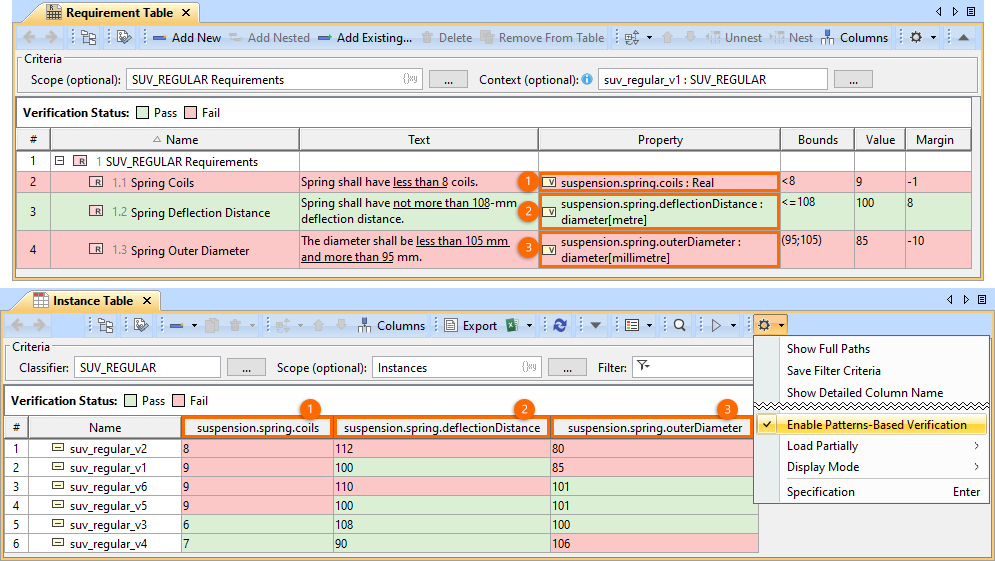 The 2022x Refresh1 version introduces new and improved functionality in the Data Markings and Classification Plugin, including: 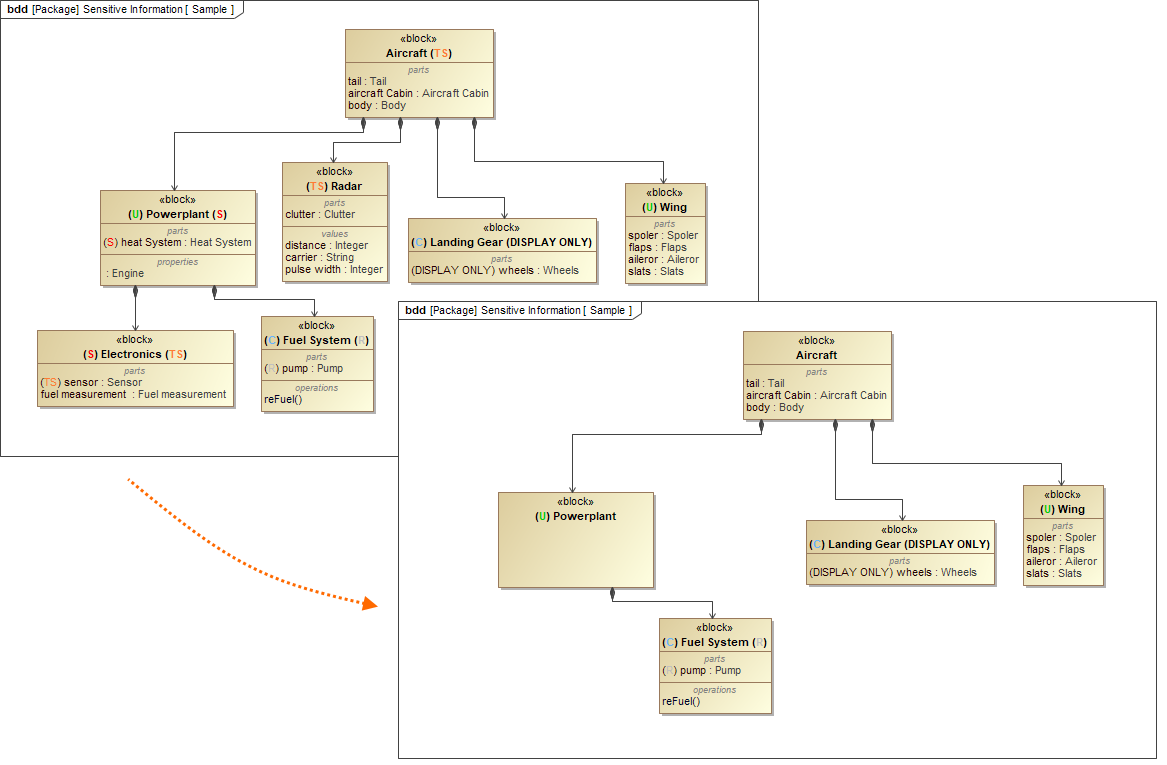 If you are tired of seeing progress bars while performing various operations in the tool, you can now use the Evaluate Operation Performance functionality, which allows you to view performance diagnostics that help determine the reasons behind degraded tool performance if it is caused by the execution of expressions (e.g., derived properties, smart packages, legends, validation rules) defined in the model. You can also analyze the building of matrixes and tables.

The 2022x Refresh1 version of MagicDraw can show custom announcements to users. Managed through Teamwork Cloud Admin, these announcements can contain information on server-wide upgrades, project-specific deadlines, or any other important news. An announcement is displayed in MagicDraw UI until a user acknowledges it by closing.

Teamwork Cloud announcement displayed on the Welcome screen of a modeling tool and a specific project.

We introduce Power'by – a new way to collaborate on models within the 3DEXPERIENCE platform environment. For programs and projects requiring models to span across multiple engineering disciplines, Power'by allows leveraging native 3DEXPERIENCE platform capabilities, such as access control, advanced configuration management, traceability through the digital thread, and many others. The initial release aims to provide core collaboration features: storing and loading projects, working on them simultaneously, and committing and updating changes as part of configuration management control.

Version news of servers and plugins >>