All of the sequence numbers with the same prefix form a sequence. The numerical predecessor is the one in which the final term is one less. That is, number 6.4 is the predecessor of 6.5, where the number “6” is an activator (see the example in the following figure). 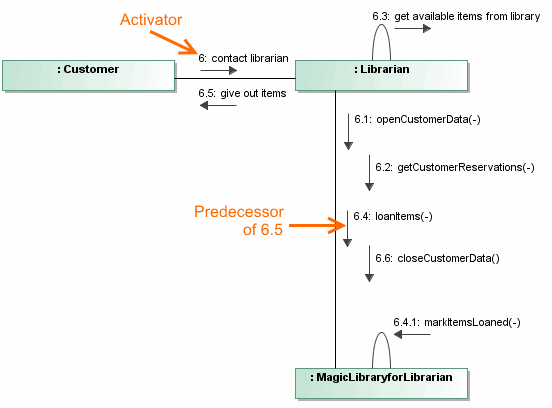 To show predecessors beside the Message number

To change an activator number of Messages