You can access a Port using the usual Alf notation for a Property. Sending a Signal or calling an Operation on the Port (consistent with the Port's type) then makes an invocation through the Port and across any Connector attached to the Port. That is, the Alf invocation is mapped into an invocation action whose onPort property is set to the target Port. 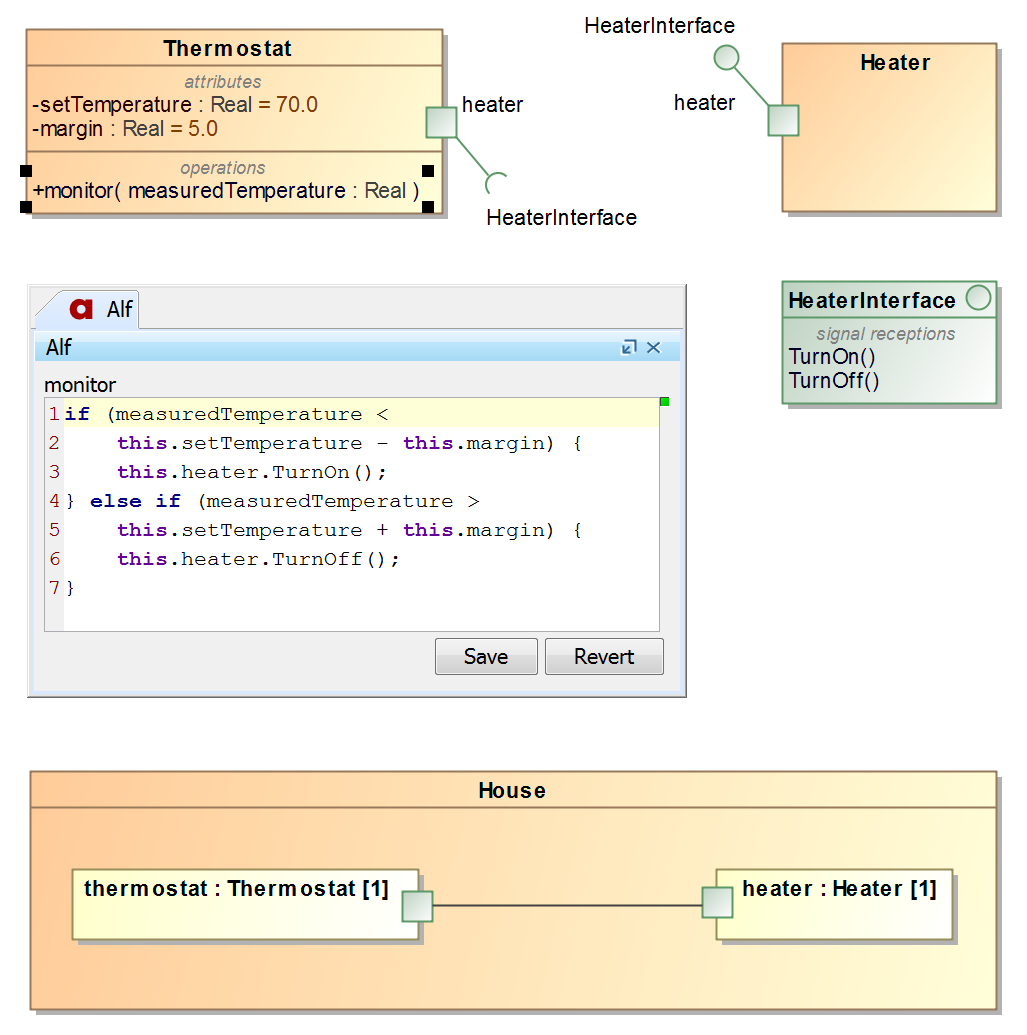 Using Alf to send Signals through a Port

Sometimes an Alf body will be attached to an element that is editable, such as when it is in a read-only used project or a part of a Teamwork Cloud project that is not locked for edit. In this case, the Alf Editor will still show the Alf code for the element, but on a gray background to indicate that the code is not editable. If the element becomes editable (for instance, by locking it for edit in Teamwork Cloud), then the Alf Editor will allow the code to be edited.

Viewing the Alf body of a read-only element

Open API to Reset a Project

The following bugs have been fixed in the Alf Plugin 19.0 SP1:

In addition, the Alf compiler was updated to Alf Reference Implementation v1.1.0e, which fixed a few minor compiler bugs.