Cameo Collaborator for Teamwork Cloud 19.0 SP2 introduces a new powerful capability which will redefine the ways you collaborate on a model. Now you can edit parts of your model right in a Cameo Collaborator document. This is very beneficial for the whole product team, because engineers and even stakeholders can make changes to a model without having to use a modeling tool. In addition, the model editing capability speeds up the collaboration process, allowing you to instantly correct the model to address comments.

This version of the product supports editing of primitive values types, like String, Integer, Real, Boolean, and Enumeration. 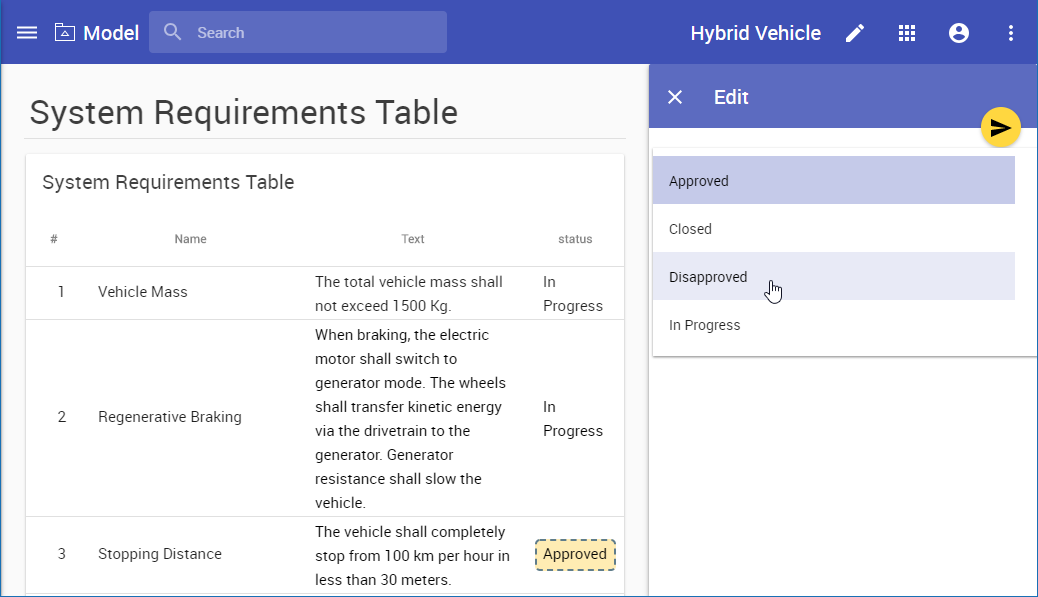 This example illustrates how the Stopping Distance requirement status is changed directly in a Cameo Collaborator document. 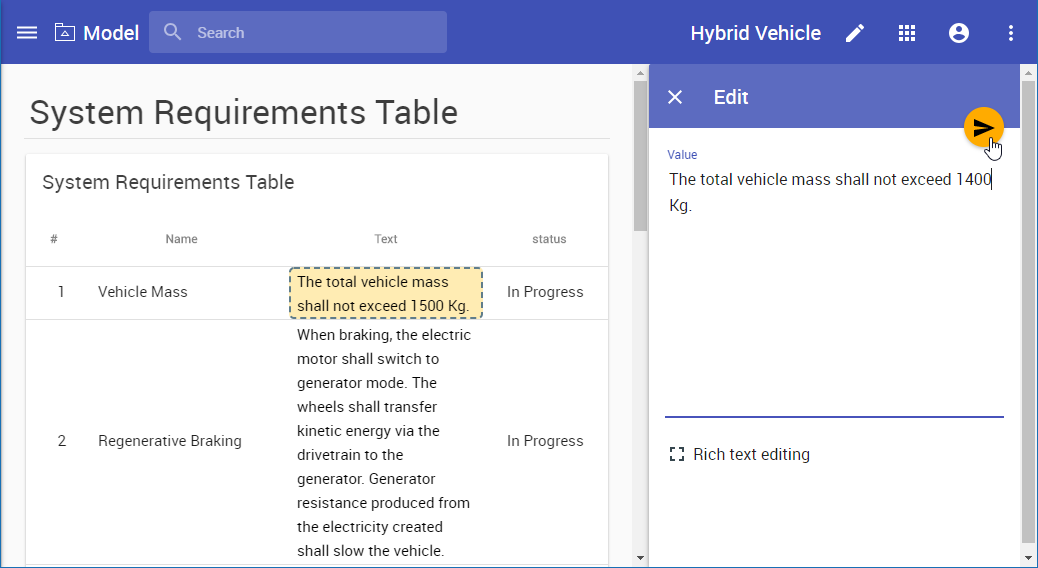 The figure shows that Requirement text can be edited right in a Cameo Collaborator document.

Cameo Collaborator for Teamwork Cloud 19.0 SP1 introduced the comments pane which allowed to work with Cameo Collaborator comments right in the modeling tool. The new version of the product brings a number of improvements to this capability:

Learn more about working with comments in a modeling tool >> 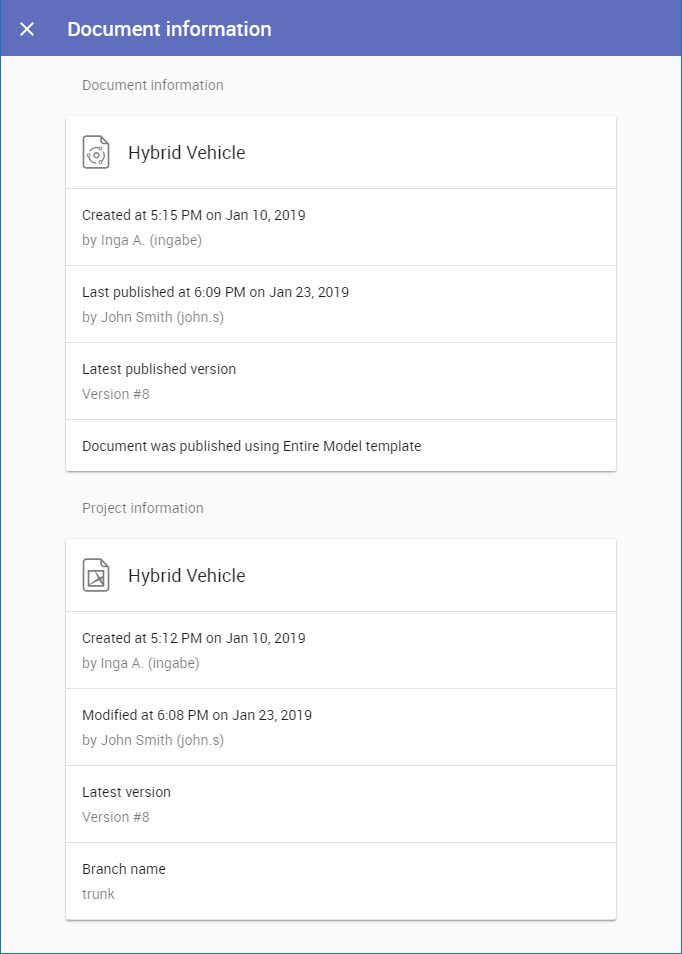 Learn more about getting document information >>

In this release of Cameo Collaborator for Teamwork Cloud, the issue related to displaying tables in a document has been resolved.

You can check the list of publicly available issues or your own reported issues fixed in MagicDraw 19.0 SP2.
Note: You will be required to login. Use the same username and password as for www.nomagic.com.