Cameo Simulation Toolkit supports and includes Subset properties in a simulation. It initializes subsets at the beginning of simulation and also updates their values during simulation. The following figure demonstrates a model with subsets 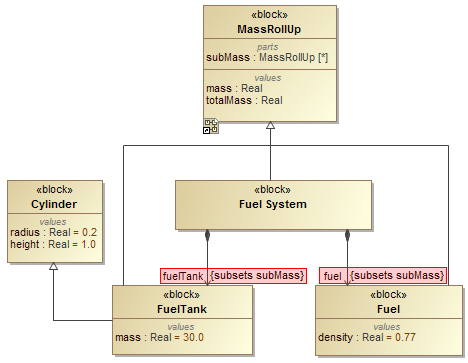 A Model with Subsets.

When the Cameo Simulation Toolkit starts running the model, it will add all runtime values of the subsetting properties to the subsetted properties as illustrated in the following figure 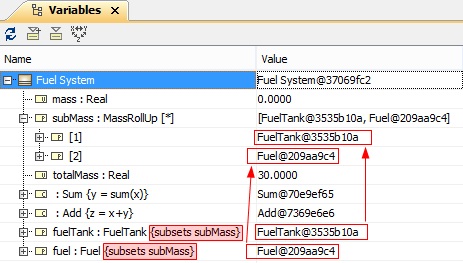 Subsets after being initialized.

The model used in the figures on this page is the SpacecraftMassRollup sample model that comes with your modeling tool.

To open this sample, do either of the following