A State Invariant is one of the UML elements. It is a runtime constraint applied to a lifeline in a Sequence diagram to specify conditions that are always true when a State is a current State. It is used to validate States. You may also specify State Invariants in the States directly. State Invariants on lifelines resolves variables in the same order as it does in message arguments.

A State Invariant containing constraints being evaluated during execution. 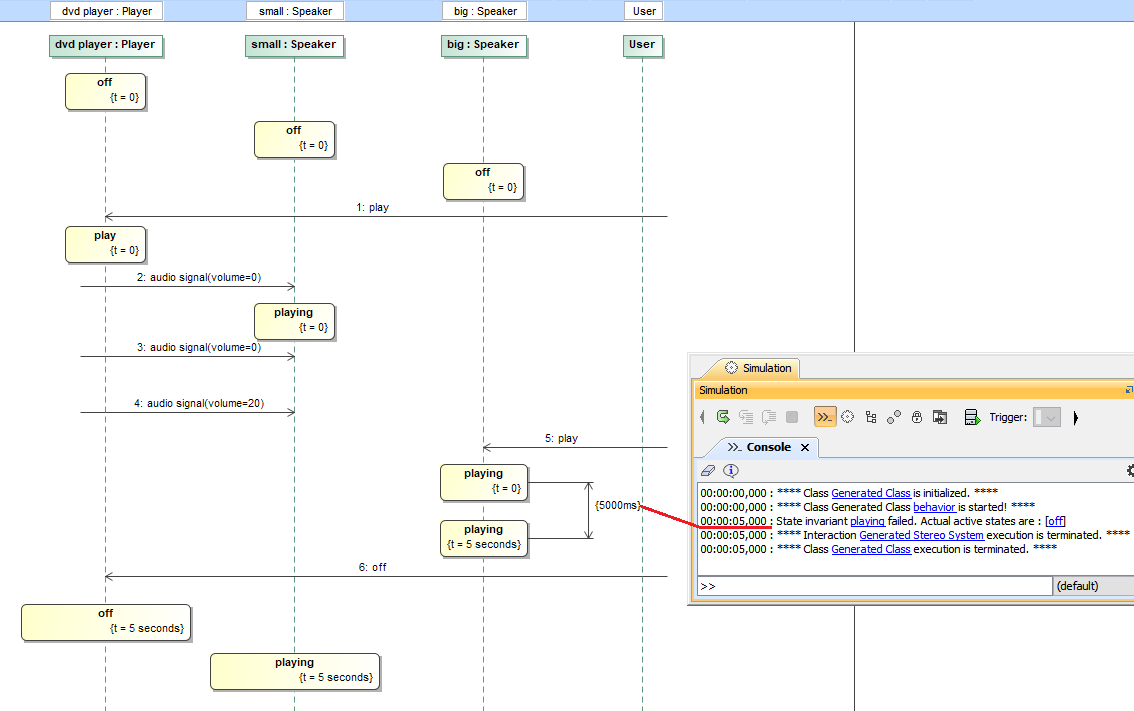 Time constraints of State invariants will be checked if right States are activated at the right time. When States change, Cameo Simulation Toolkit will check if active States contain required States, and time is exactly as specified in the constraints. If failed, an error message of the time constraints will be printed in the Console pane with the value, time unit, and State invariant name with hyperlinks accordingly, as shown in the figure below.

The time constraint of the State invariant is checked against the simulation time.