After you finish editing the model, you must commit the changes to the server so that other team members can find the changes when editing other parts of the model. When you commit the changes, new data from your client application (for example, MagicDraw or a Cameo Suite product, such as Cameo Systems Modeler) is merged with the project on the server repository. As a result, a new version of the project is created. Other team members must update their projects from the server to see the committed changes. 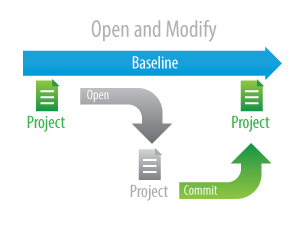 Any new elements added to the parent scope are given a unique name when placed among elements of the same type.

Each new project version is created and saved to the server.

To commit a new project or changes in a project 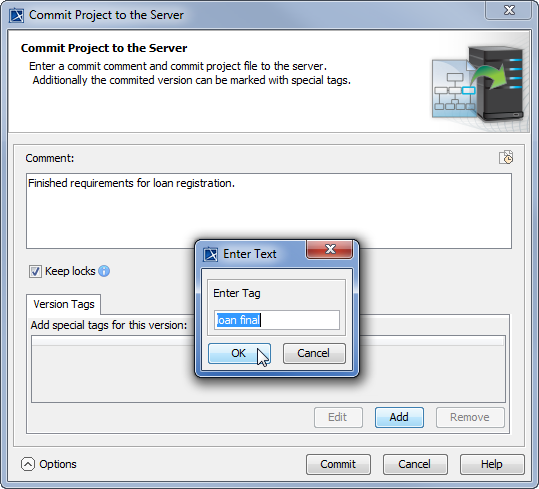 5.   In the Commit Project to the Server dialog, click Commit

6.   Wait while the new project version containing the committed changes is sent to the Teamwork Server repository.