From Teamwork Cloud to local project

From local project to Teamwork Cloud

It is used to recreate the same structure of the Containment tree as it was originally in the local project. This may be important for features that use a defined scope of the model. Only elements from used projects that are mounted under the Model root (

) or any of its packages are considered part of the model scope (when no used projects are set as the scope).

In general, the Mount relationship enables you to create a visual copy/representation of the chosen package in any place in the model. 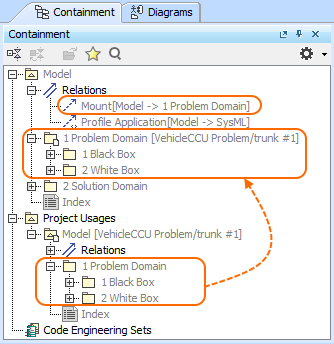 Deleting Mount relationships may affect diagrams, elements or other options that require specifying the scope since packages from used projects will no longer be under the main project model root (they will still be available under Project Usages). 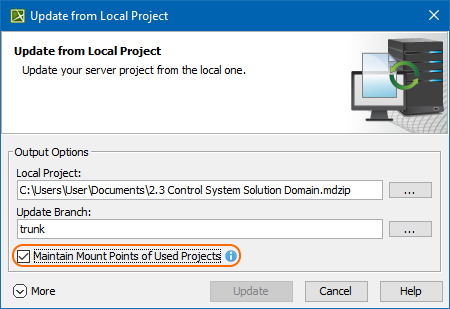 Packages from used projects mounted under the model root or any of its packages via the Used Projects dialog are kept in their original locations by using Mount relationships. They are automatically created once the project is added to the server.

The root node Project Usages is created in the Containment tree in Teamwork Cloud projects to list all used projects. The entire used project version is visible in the project. 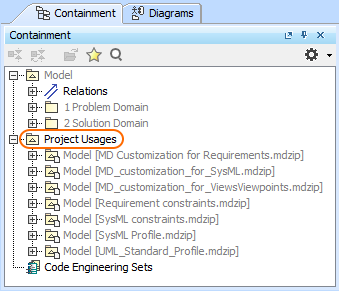