When an Alf expression is used to specify a guard on an Activity Edge, the guard condition may be based on two source of data:

The Activity Diagram below shows the classifier behavior of this Class. The first Action in this Activity calls the getCurrentTemp operation and sets the Tcontrol attribute to the value returned from that call. The value of the Tcontrol attribute is then used to determine which branch is taken coming out of the Decision Node. Since all the Activity Edges are Control Flows, the Decision Node has no decision input value. 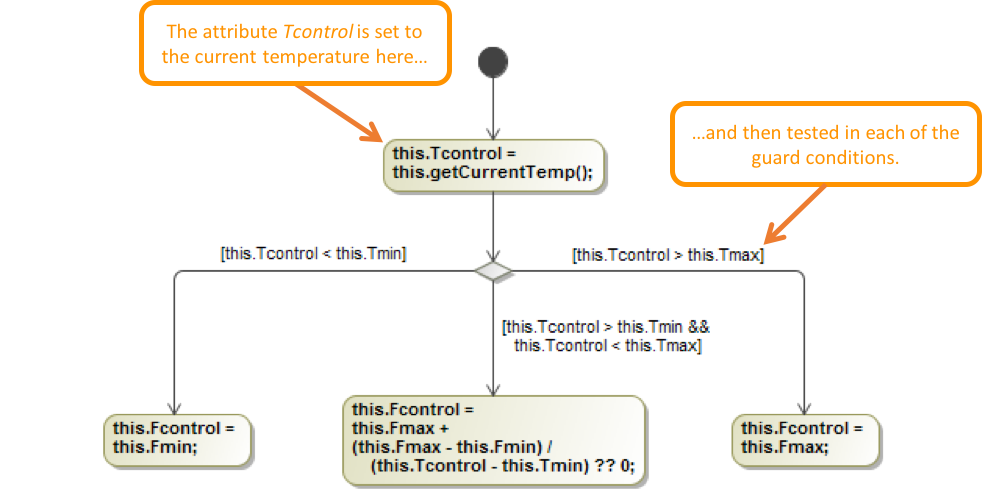 To access the decision input value of a Decision Node in Alf:

Unless the attribute Tcontrol is used elsewhere, its only purpose in the Activity shown in the previous example is to pass the current temperature value from the operation call to the guards. In this case, a simpler way to provide this value to the guards is to make it the decision input value for the Decision Node. In the revised Activity shown below, the result of the operation call is now provided on an Output Pin of the first Action called Tcurrent (via the shortcut for using Alf expressions in Opaque Actions). This Output Pin is then connected to the Decision Node by an Object Flow, so the value on the Output Pin becomes the decision input value for the Decision Node. This value can then be accessed in the guard expressions using the name of the Output Pin.

It is important that the type of an Output Pin used in this way be set properly, so that the guard expressions type check correctly. In this case the Output Pin has been given the type Integer, which is consistent with the return type of getCurrentTemp and the types of the Tmin and Tmax attributes to which Tcurrent it will be compared. Note that, while the type of the Tcurrent Output Pin is shown in the diagram below, the types of Pins are not usually shown by default. 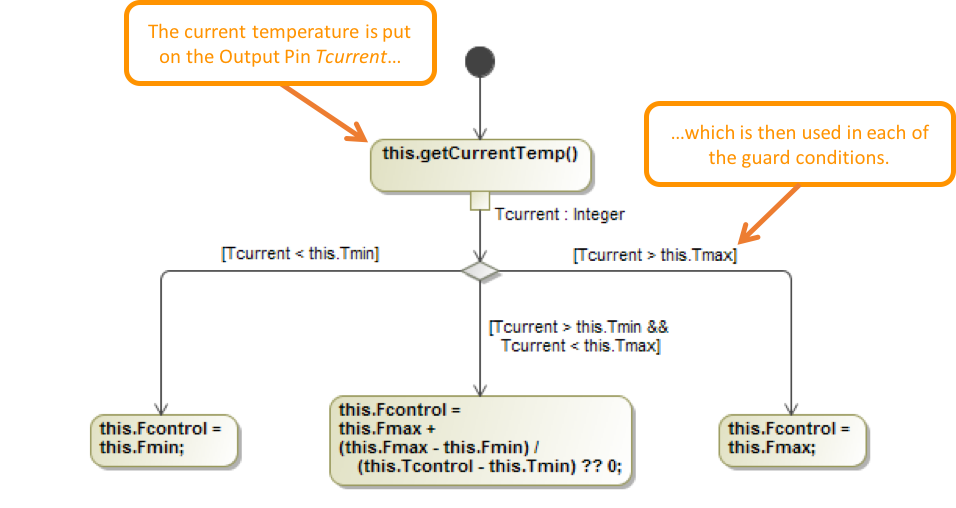