Cameo Collaborator for Teamwork Cloud 2021x Refresh1 introduces the commit of multiple changes which significantly reduces the number of commits when editing models, the possibility to add hyperlinks to model elements, and further improvements to model editing functionality.

This version of Cameo Collaborator for Teamwork Cloud brings a major improvement allowing you to commit changes accumulated while editing a model in one go. This significantly reduces the number of commits and therefore decreases the database growth when editing models.

Now Cameo Collaborator for Teamwork Cloud supports cross-references to model elements in all string-type values. You can represent links as element names, representation text, or any custom text. In addition, you can choose whether links are updated when element names change. 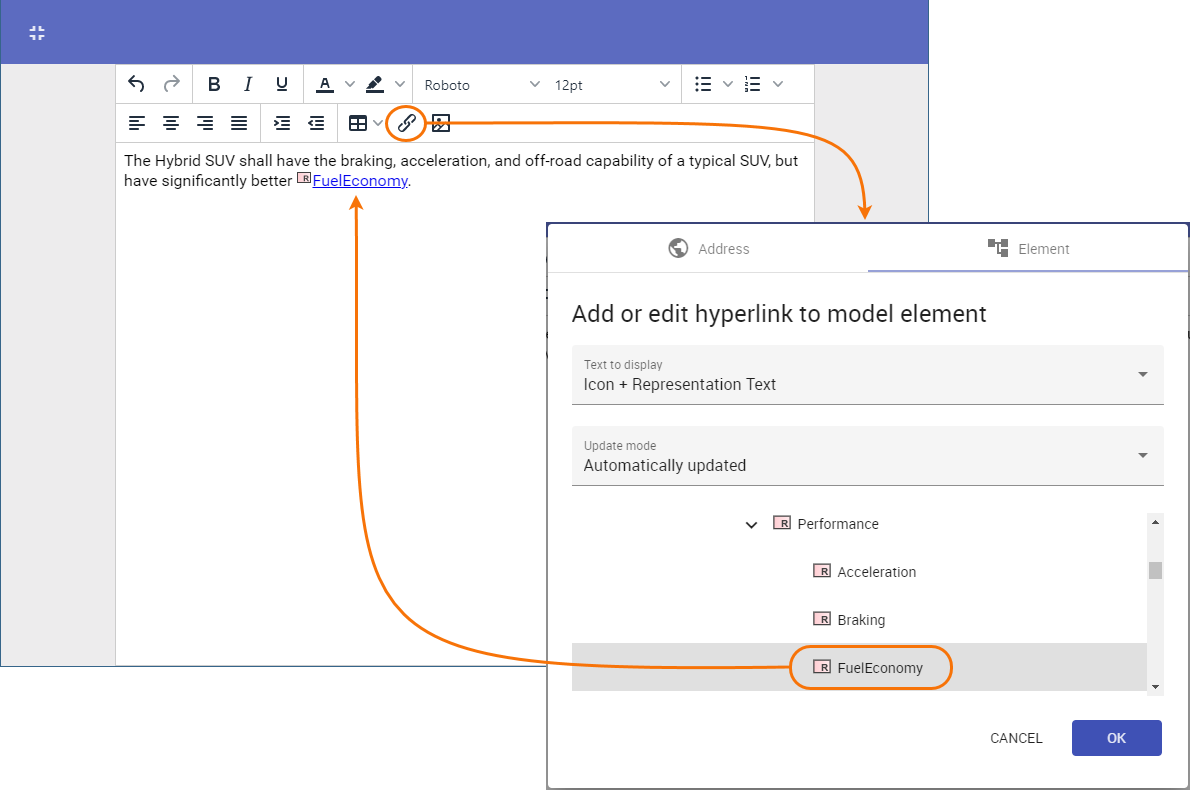 We are constantly improving and expanding the model editing in Cameo Collaborator functionality, so this version of the product brings several new features as well. Now you can:

Creating a new value for an Instance Specification.