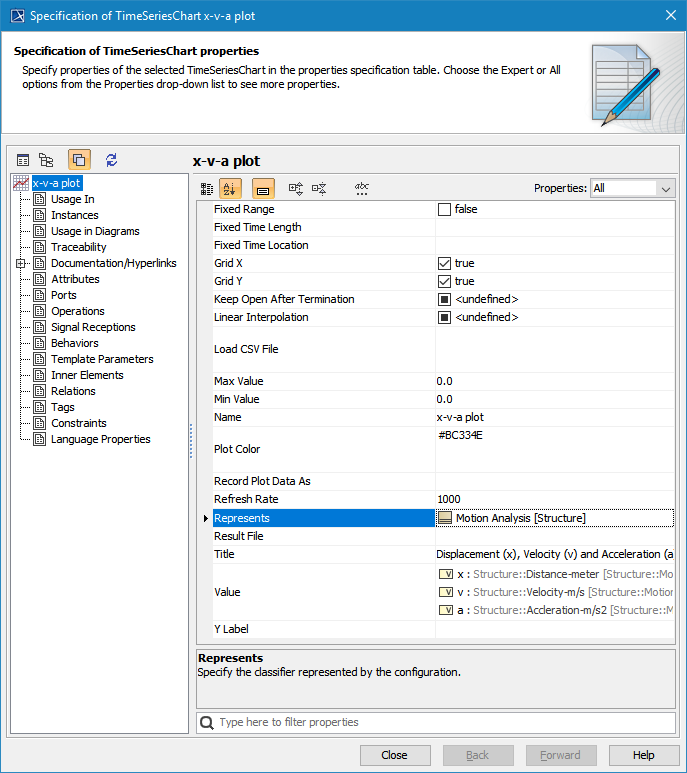 The properties of Time series chart in its Specification window.

The following table describes the function of each property of the Specification dialog of Time series chart:

The following figure shows the configuration settings of both Time series chart and Simulation Config of the MotionAnalysis.mdzip sample project. The Time series chart has been set as the "Represents" field to the Motion Analysis block together with the "Values" field to the required properties (x, v, and a), along with other properties as needed. Also, the Simulation Config "UI" field has been set to the Time Series Chart (x-v-a plot). 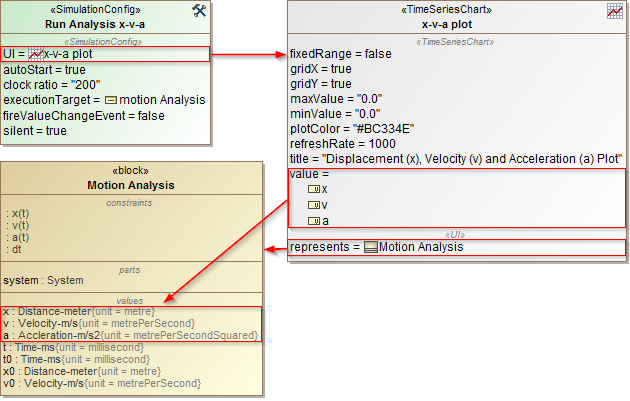 The configuration settings of both Time series chart and Simulation Config of the MotionAnalysis.mdzip sample project.

Once the simulation begins, the Time series chart displays real-time plotting of the x, v, and a properties with time(s), as shown in the MotionAnalysis.mdzip sample. 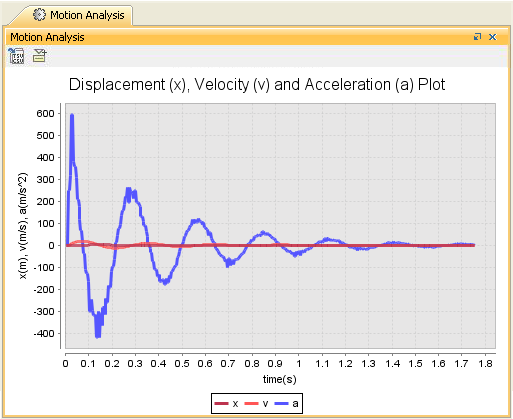 Real-time plotting of the x, v, and a property with time(s) in the MotionAnalysis.mdzip sample.

To display a Time series chart

The Cameo Simulation Toolkit's Time series chart can also serve as a predefined subtype of UI config. You can use it as a UI mockup of the SimulationConfig element just like an ImageSwitcher.

To use a Time series chart

When Simulation Toolkit annotates a failure property in red (as the selected property to be represented in the chart) on the Variables pane, the chart plot area during that period of failure will be also rendered in red. There will be the tooltip shown in the red area with the full information exactly the same as other tooltips, e.g., in the Instance table and Variables pane, when failure is shown in red.

Labels will be printed in red above the chart and at the center. The label format of a failed constraint is shown as “<Name of the constraint property typed by the constraint Block> fails”, and the label format of a failed Requirement is shown as “req <ID> fails”. However, if the name of constraint property is blank, the label will not be printed. You can also manually disable this option via the Annotate Failures property in the Time series chart Specification window for some reasons, e.g., too many failures with overlapped labels in the chart. 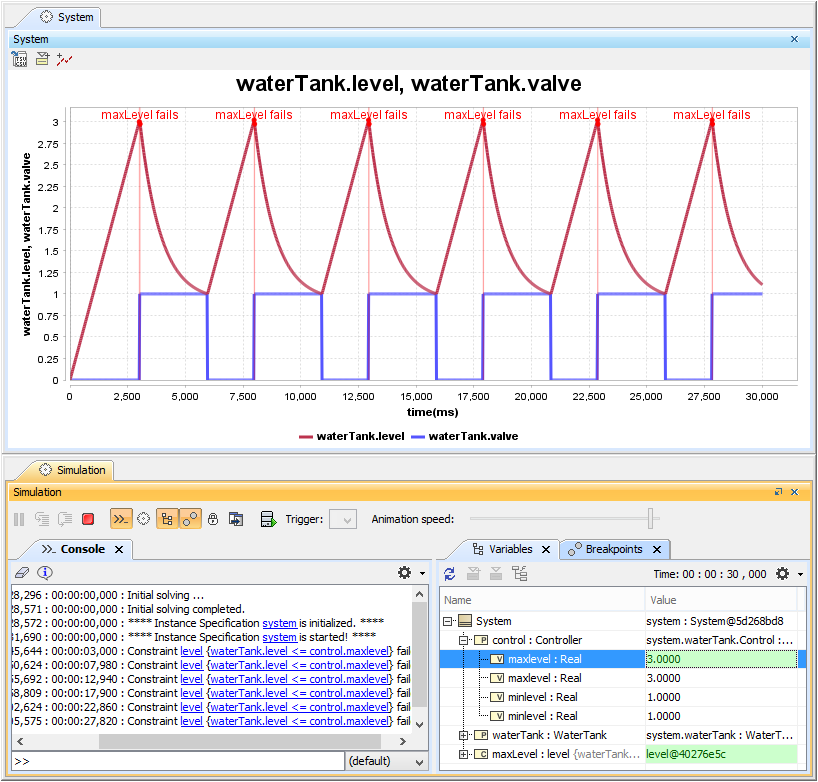 You can zoom in the chart to see start time and end time points marked with big dots. You can also display the time unit of each point by hovering the mouse over it as shown in the figure below. Labels of failed validation will be included in the exported image (by setting Record Plot Data As PNG and specifying Result File in the Time series chart Specification window). This feature also applies to Representing Time series charts in a Timeline chart. 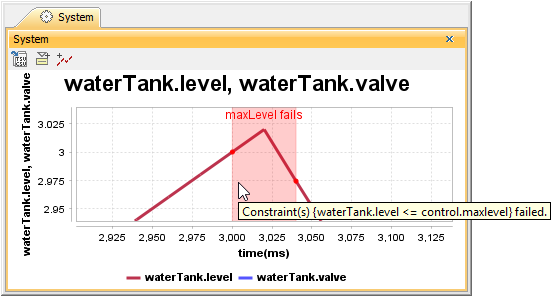 The model used in the figures on this page is the Motion Analysis sample model that comes with a modeling tool. To open this sample, do one of the following: