Description of the QUDV model library

This model library is designed in such a way that extensions to ISQ and SI can be represented, as well as any alternative systems of quantities and units. 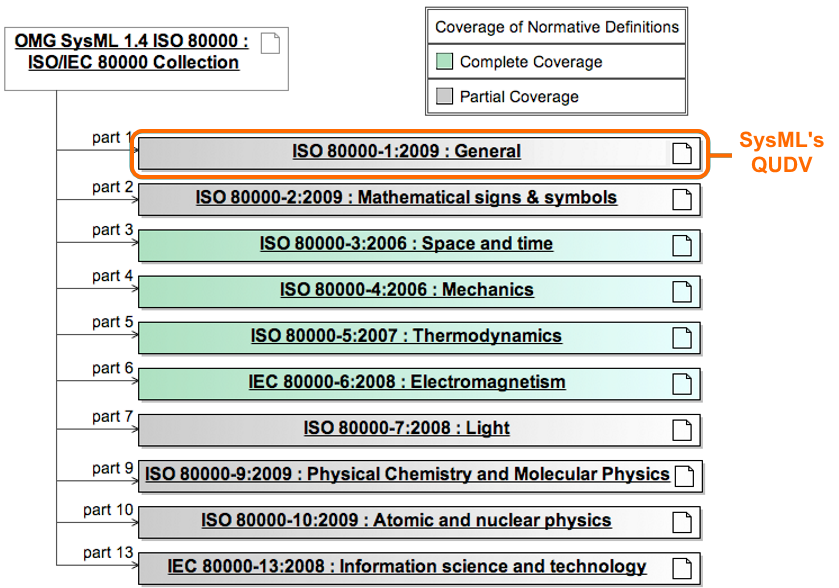 Sub-libraries are located in the modelLibraries folder in the installation directory of your modeling tool. The SysML plugin consists of those sub-libraries:

If you want to use the full ISO 80000 library in your project, you can:

To load the full ISO 80000 library for a separate project, do either

You can load only the basic SI, US customary, naval and imperial units from the ISO-80000 and ISO-80000-Extension libraries instead of the whole library.

To load the basic units from ISO 80000 library