Datastax has discontinued the Community Edition of Datastax Cassandra, whose stack included OpsCenter.  As a result, Teamwork Cloud now runs using the Apache Cassandra 3.11 distribution.  The unavailability of Datastax OpsCenter has created a need to develop an alternative monitoring stack.  The upside is that we have now developed a monitoring stack which also monitors metrics directly from Teamwork Cloud on the same panel.

The monitoring stack is based on open source tooling.

The following components are deployed on each TWC/Cassandra node: 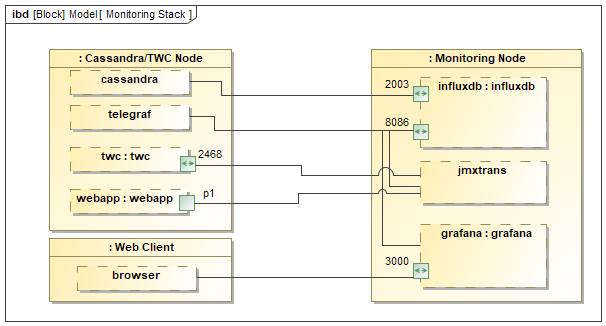