Cameo Collaborator 2021x Refresh2 introduces multiple new capabilities and improvements that will make working with Cameo Collaborator documents even easier than before. In addition to increased publishing performance, now you can contextualize documents a lot quicker by adding images and creating or moving paragraphs with just a few clicks. Work efficiency can be improved even further by dockerizing web applications to define custom deployment topologies based on user needs and take the load off long-running tasks.

2021x Refresh2 Hot Fix 4 has been released on July 15, 2022, for CATIA Magic and No Magic portfolios. It introduces a number of bug fixes and performance improvements.

Have you ever struggled to publish a document that would be easily understood by anyone and would look more like a website and less like a model? If so, we hope you tried using the paragraph creation functionality presented in earlier versions to add additional texts to your documents. However, we haven't stopped working on new document enrichment ways and are happy to announce that Cameo Collaborator 2021x Refresh2 brings a number of improvements and new capabilities allowing you to contextualize Cameo Collaborator documents more elaborately and quicker than before.

Now you can decorate Cameo Collaborator documents with images as well. An image is added as a new document paragraph allowing you to update it or change its location at any time.

Adding an image to a Cameo Collaborator document.

A new way to create paragraphs 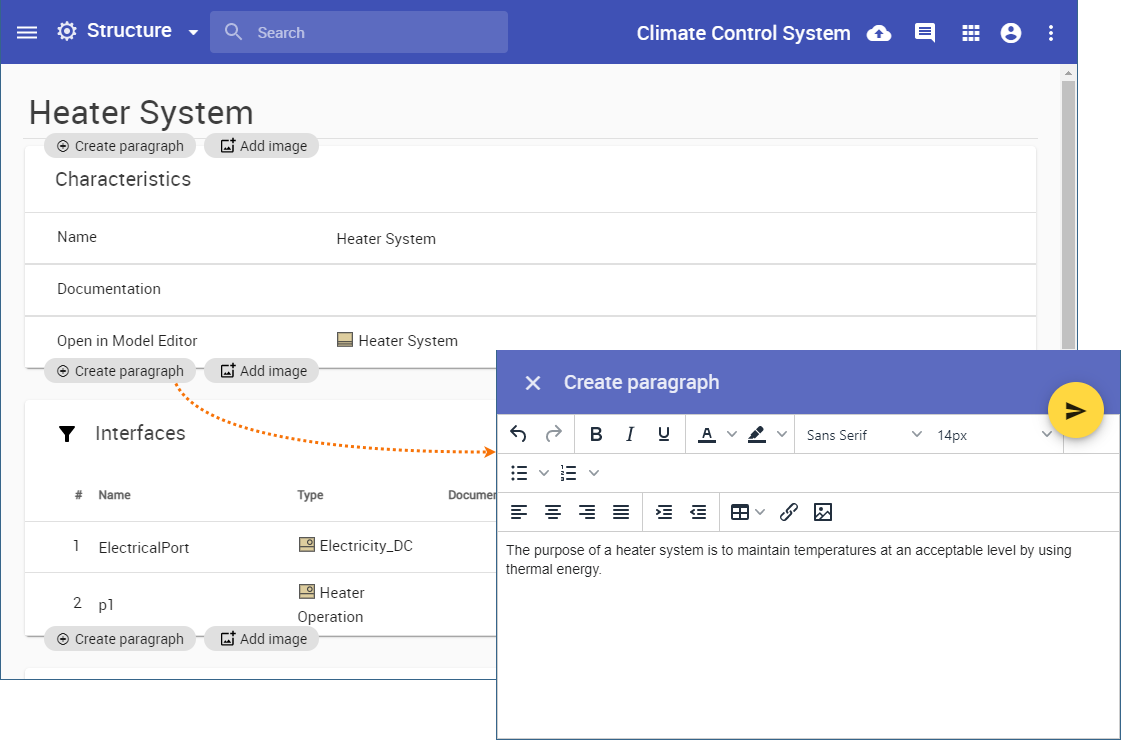 Editing paragraphs is easier as well. You can move a paragraph up or down directly in the editing pane, or use the Full screen button for rich text editing.

In large corporations with a lot of concurrent users, the lack of failover, scalability, and decreasing performance can become a problem. For example, when there is increased demand for exporting documents to PDF/HTML. Multiple export requests can cause queues and take a lot of time. Web Application Platform 2021x Refresh2 introduces a solution. The platform and all of its plugins (Cameo Collaborator, Resources, Teamwork Cloud Admin, etc.) are now provided as separate web applications. This allows dockerizing web applications in order to define deployment topologies based on client needs, as displayed below. 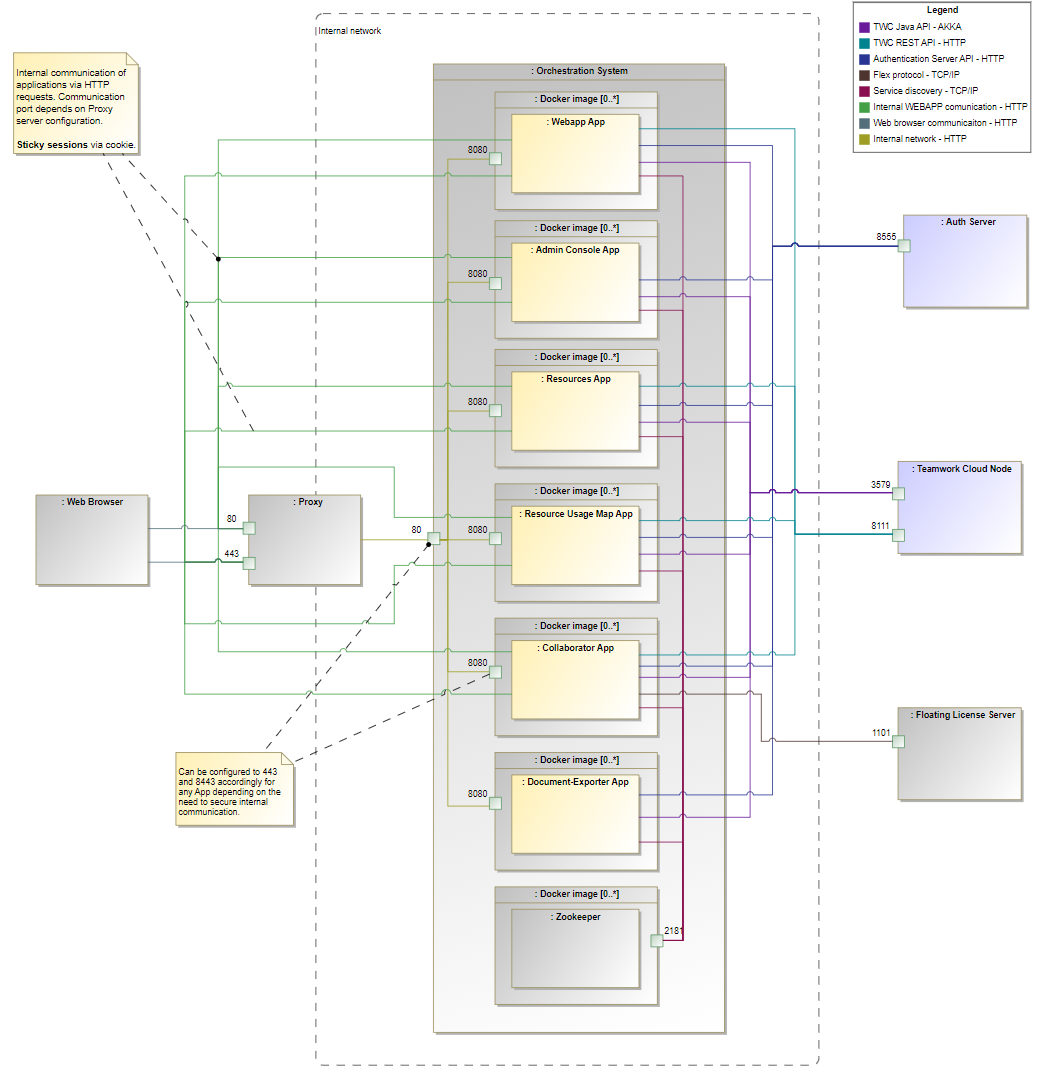 An enterprise deployment option for Web Application Platform and its applications.

Our product team is continuously striving to improve Cameo Collaborator for Teamwork Cloud performance. Therefore in version 2021x Refresh2, publishing is twice faster compared to earlier versions of the product. 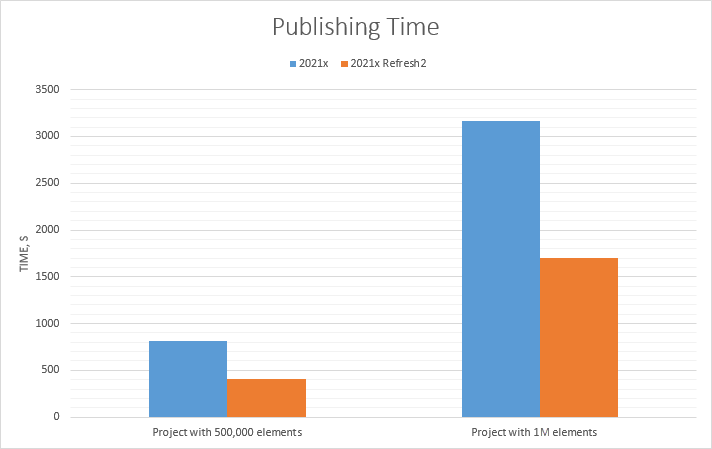 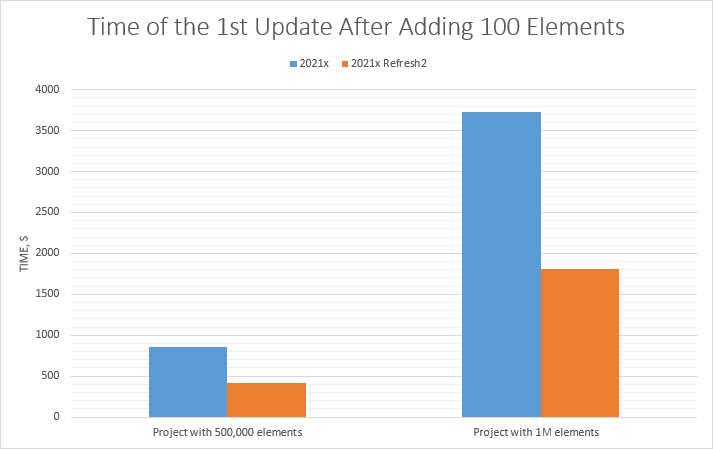 Performance of the first update after adding 100 elements.