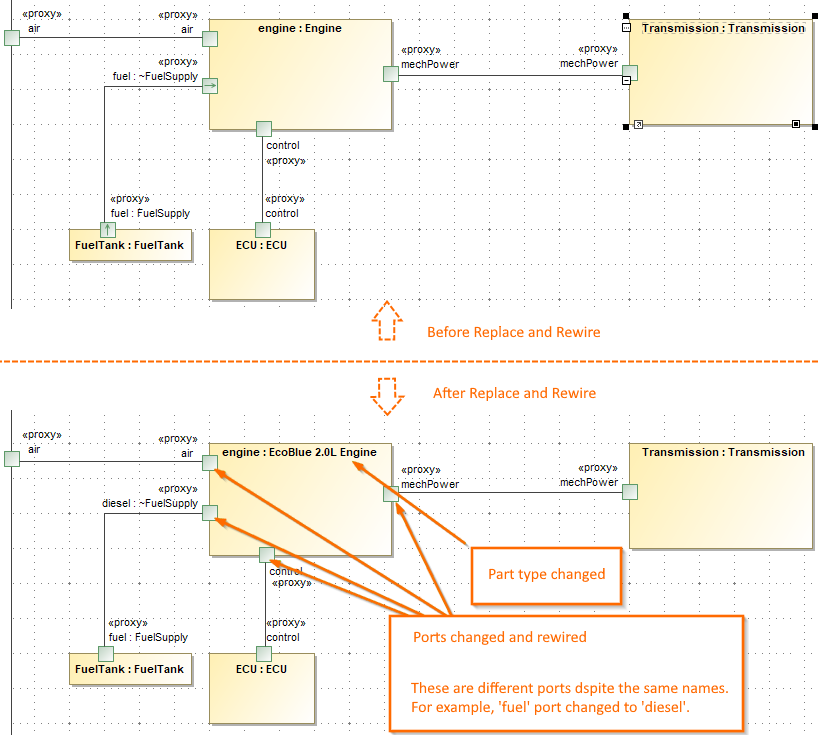 To properly work with the Replace and Rewire variation point, the following additional information is needed: information about compatible types (blocks, activities that can replace each other to some degree); and compatibility information between the input and output features of those types (ports – for blocks; parameters – for activities).

There are two predefined matrices to help you conveniently declare the compatibilities:

The predefined Feature Impact Relation Map helps you identify the model elements affected by the features in the feature model and to understand how they are affected.