A more refined authentication technique for connecting to DOORS Next Generation

For the secure environment with different authentications including single sign-on, the simple login form has been replaced with a login with an embedded browser. This change allows DataHub to create connections to a variety of secured servers. Learn how to add Data Sources for IBM Rational DOORS Next Generation >> 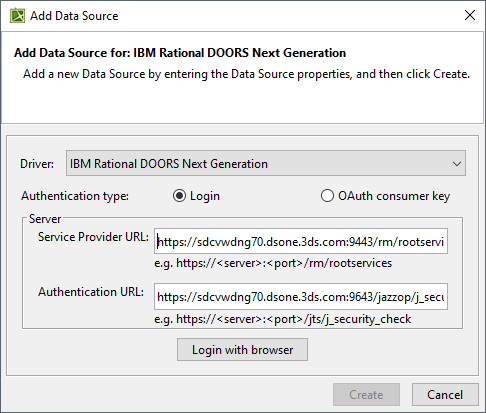 An extra option to ignore DXL attributes when synchronizing with DOORS

DOORS can have custom attributes whose value is populated from the DXL script. Because retrieving the scripted attributes may degrade synchronization performance, this option has been specially developed to effectively assist you in ignoring those DXL attributes. Further details of IBM Rational DOORS options >>

DataHub enhances the Traceable Requirement Management (TRM) connection by applying the login with an embedded browser in place of the simple login form. Moreover, the new authentication technique allows connecting to both TRMs that are deployed on Premises and Cloud. Learn more about adding Data Sources for ENOVIA TRM >> 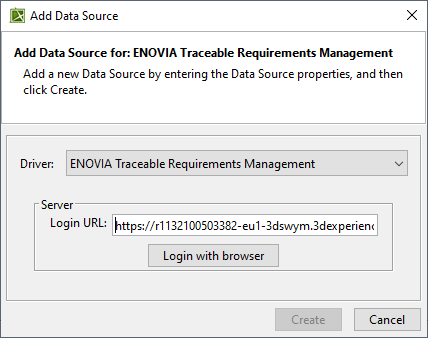 The Add Data Source dialog enables the connection to TRM by entering the 3DEXPERIENCE address for the login.