The released version is also packed with a few improvements that extended the usage of Simulink import and Modelica export. We introduce the new SysML 1.6 specification support, including new concepts such as Conjugated Interface Block, «AddFlowPropertyValueOnNestedPortAction» stereotype, additional Binding Connector notation, renamed compartments, enumerations, and more.

In this version, projects containing 1, 5, and 10 million elements were tested in both UPDM and UAF scopes. After receiving the results, improvements in migration, converting between frameworks, and building matrices were made for better performance.

The migration from UPDM2 to UAF 1.1 and from UAF 1.0 to UAF1.1 has been optimized and takes less time than in earlier versions. 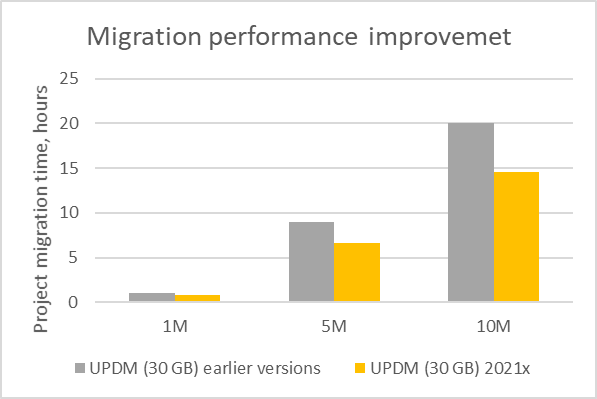 The comparison of migration time depending on the project size

The conversion between frameworks has been optimized. The following table shows the results of converting a project containing approximately 2 million elements and hundreds of framework packages, which needed to be moved or renamed:

The scope for predefined matrices is no longer set by default. Now all matrices will start to build after the row and column scope is selected (https://jira.nomagic.com/browse/UPDM-11385)

Beginning with this version, the UAF 1.1 profile is supported. Therefore the following migrations will be necessary:

The Implementation matrices have been enhanced. Now, by default, the traceability is shown according to the following criteria:

You may hide some mapping rules from a Matrix by changing the Dependency criteria in the Specification window. 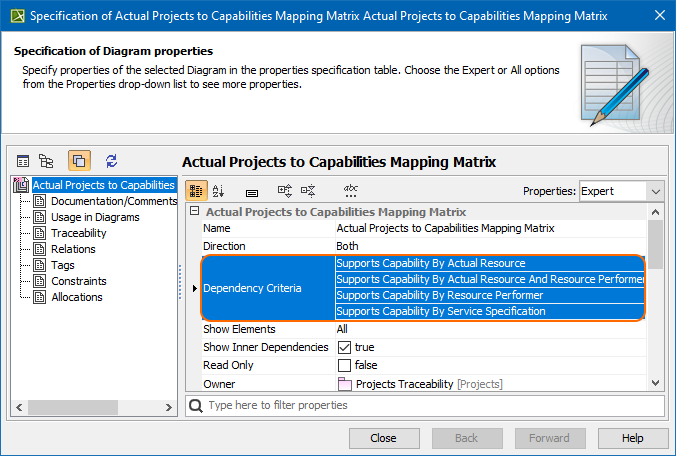 Learn more about working with the implementation matrices >> 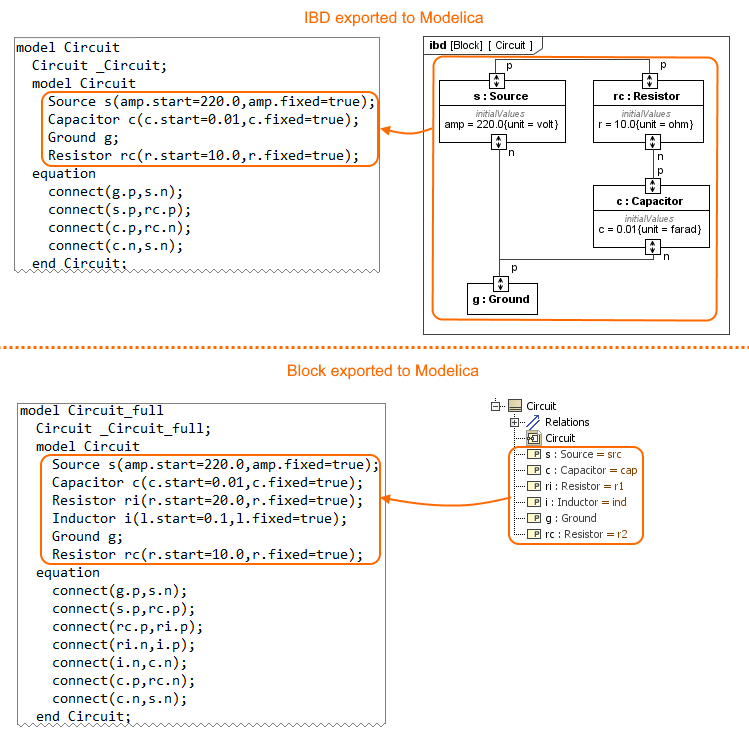 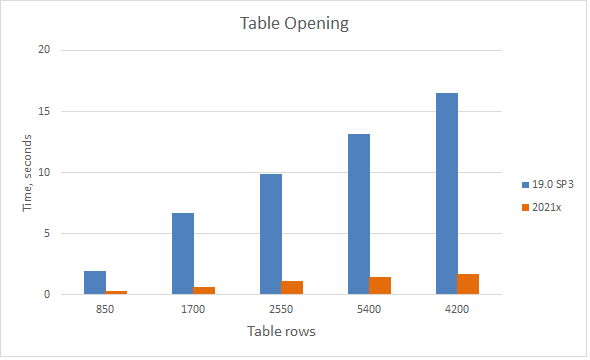 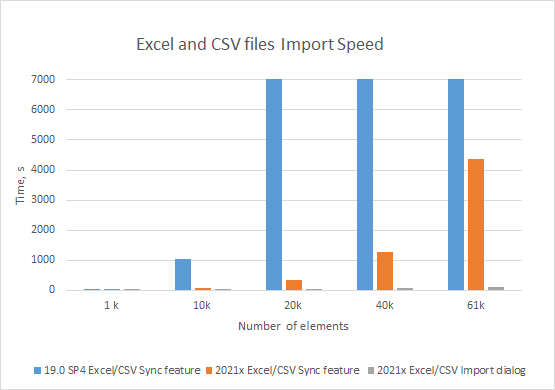 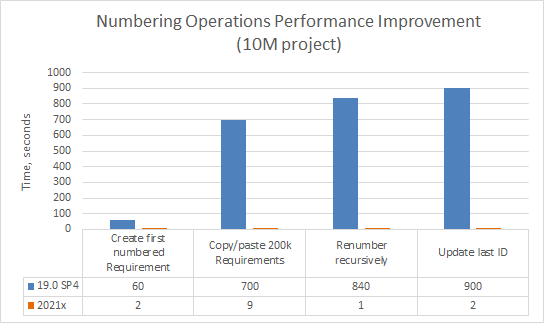 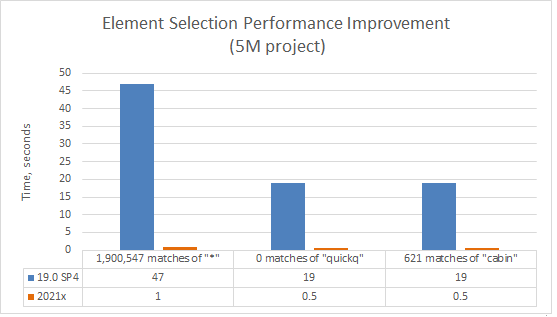 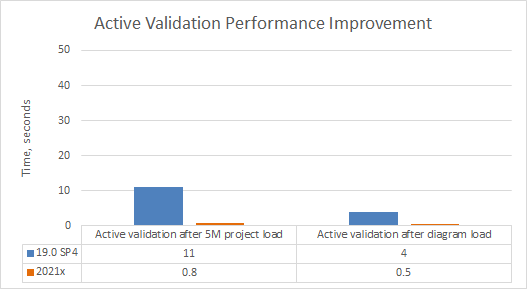 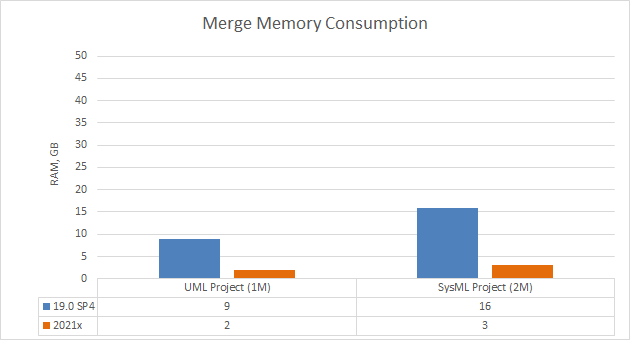 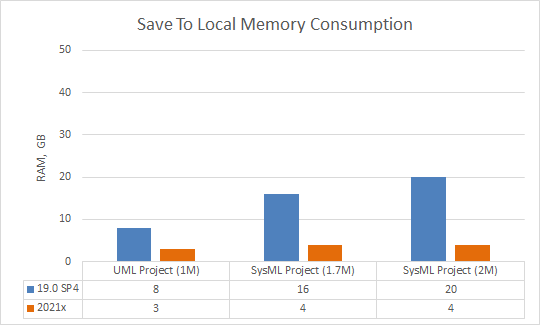 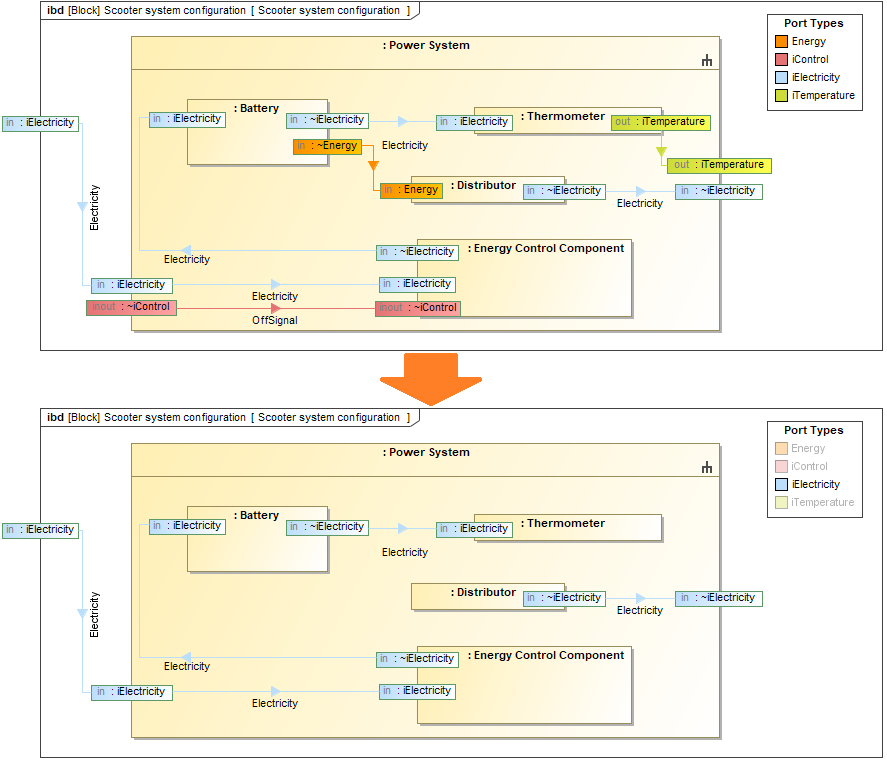 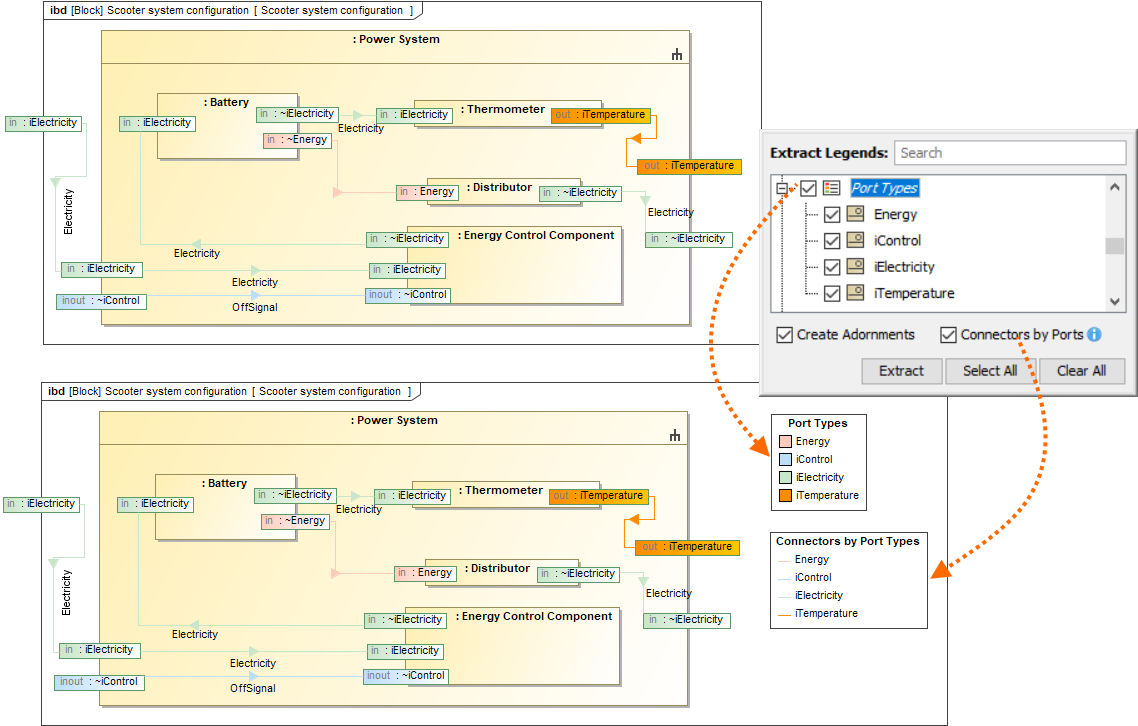 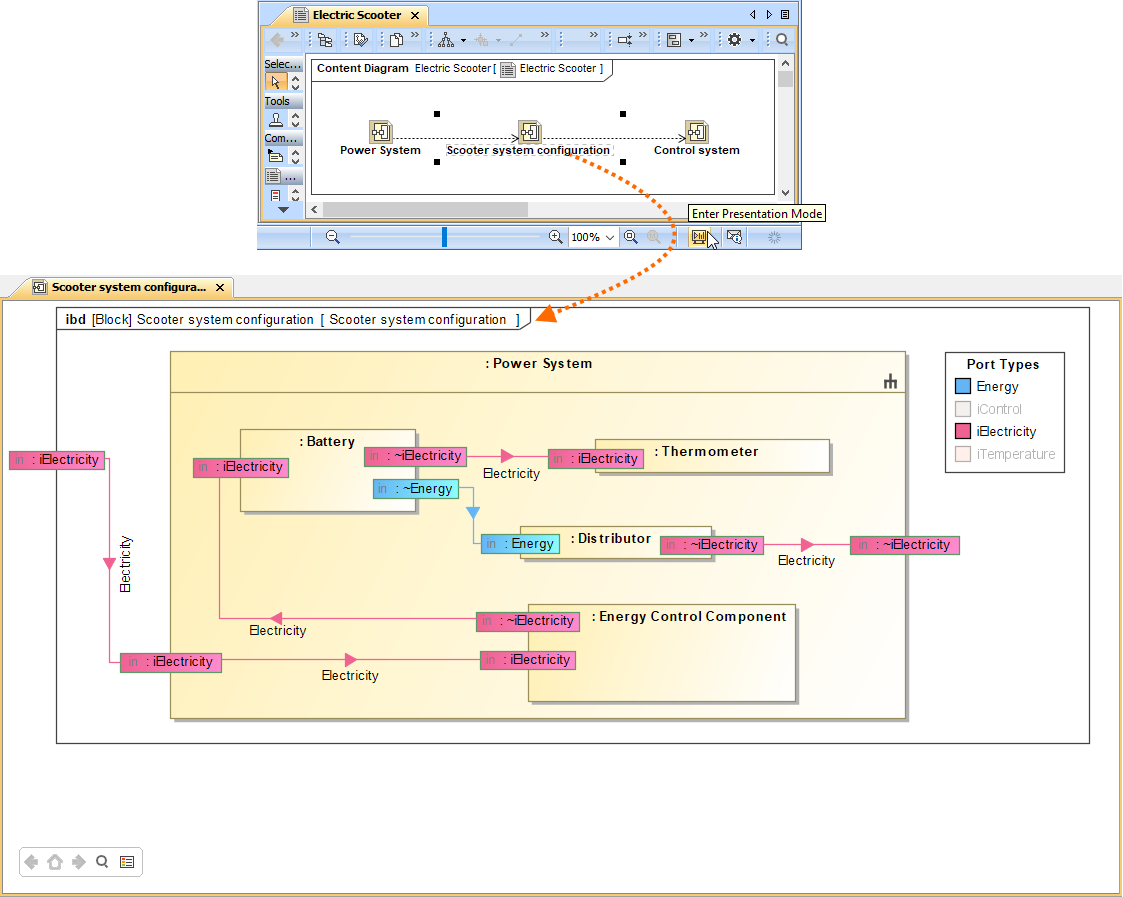 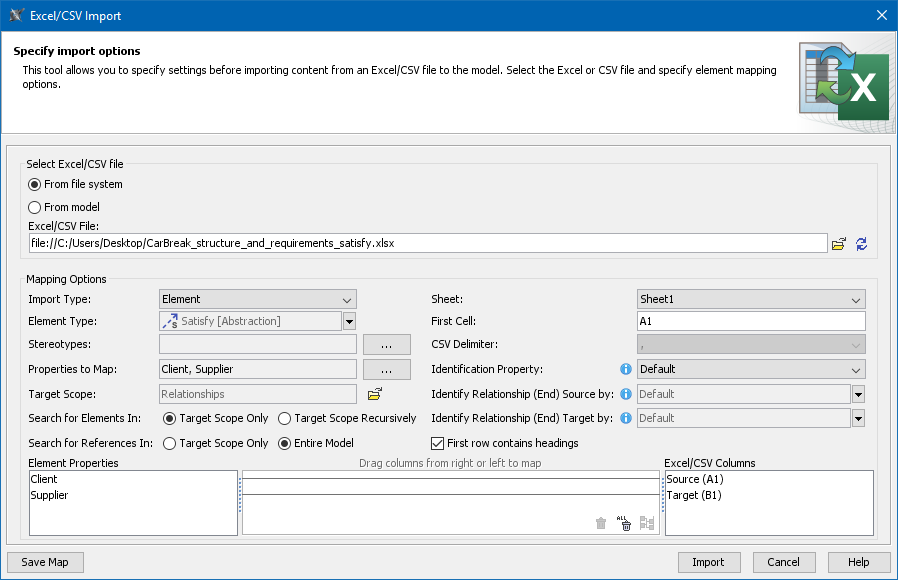 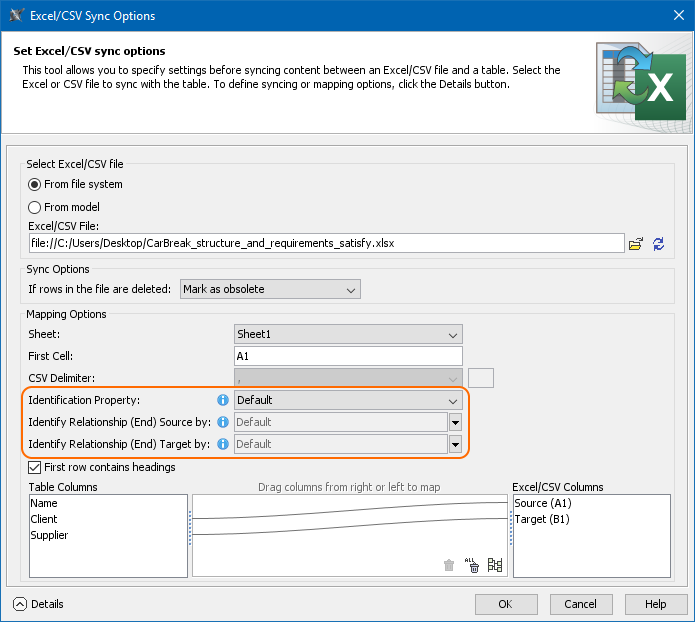 You can now specify in the Environment Options dialog whether to compare only the direct or all the changes in diagrams during the Project Merge and Project Comparison operations. By default, only the changes made by the user in loaded (open) diagrams are analyzed, leaving out unintentional diagram changes that occurred due to indirect changes in the model. This feature not only eases both merge and project comparison processes for the user, since the number of diagrams with changes is considerably reduced but also optimizes modeling tool performance. 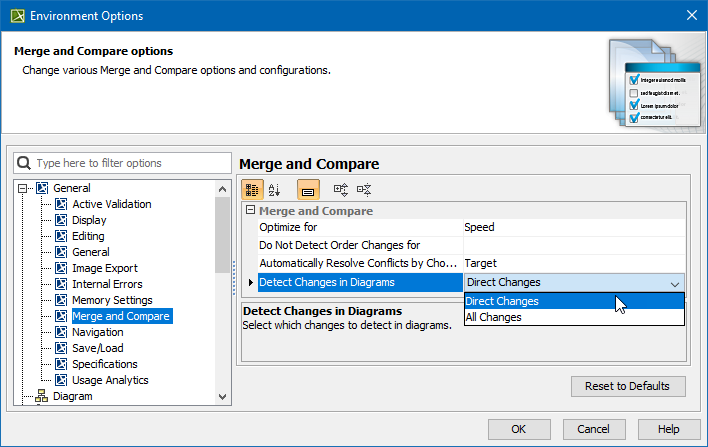